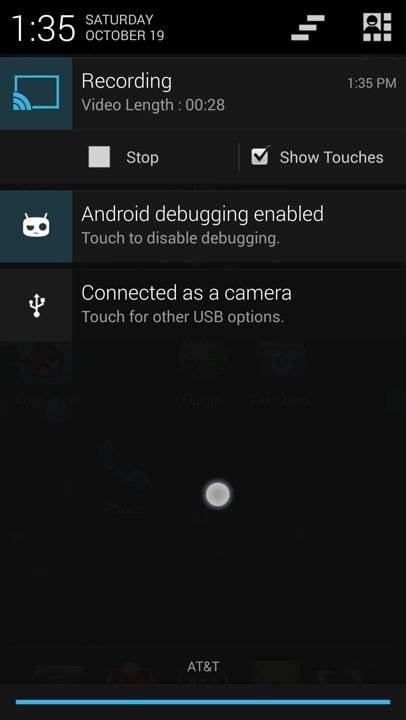 Android users love sharing and showing off their latest themes, apps, and tricks, but sometimes screenshots just aren’t enough to capture dynamic movements such as transitions, gestures, and other effects. CyanogenMod, the popular custom ROM that has somewhat become the go-to-guy for alternative and innovative Android solutions, will soon make that process super easy with a native screen recording utility.

Google Play Store, of course, has an abundance of screen capturing apps ranging from the plain screenshot to even somewhat sophisticated screen recording, some available for free and some for a small price. While these apps may posses advanced features or whatnot, there’s still something to be said about the convenience of having a screen recording tool baked into the system itself.

It seems that this is exactly the path CyanogenMod will be taking in the near future. Koushik Dutta, more popularly known as Koush in the Android community, has posted on his Google+ page this new built-in feature that could land in CyanogenMod very soon. The screen recording utility focuses on ease of use and quick access and can be launched using the volume up and power buttons. It even includes a toggle to show touches, making it ideal for making app demos and tutorials. Here’s the video made by Koush showcasing the early build of the tool.

There is no timeline yet on when this feature will land on CyanogenMod. The relevant pieces of code, which is still undergoing code review, is actually part of Koush’ work on the remote display framework which also brings, among other things, AirPlay and Chromecast support to CyanogenMod.