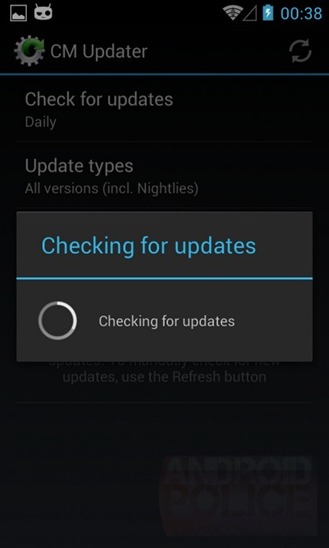 CyanogenMod, the popular aftermarket community-based firmware distribution platform, traditionally came bundled with ROM Manager to handle its updates. They are ditching this system in favor of their own over-the-air update solution. Change is not always a bad thing, and early reports are saying that this is actually one of the better over-the-air update solutions available.

The reason CyanogenMod is making this change is because they are believers in open source and ROM Manager was anything but. Their new update solution is fully open source, just like CyanogenMod itself. This helps keep their philosophy going on all parts of their service. This new updater is actually an updated version of the one featured in older versions of CyanogenMod, so it should feel relatively familiar to old school users.

One drawback of this new updater is that it does not support push notifications. These require the Google Apps framework, and since that is not supported by CyanogenMod, it is not possible to include them. What it will do is automatically check for updates at user-defined intervals and pull them in when there is an update available. This should still enable users to receive their updates in a timely maner. 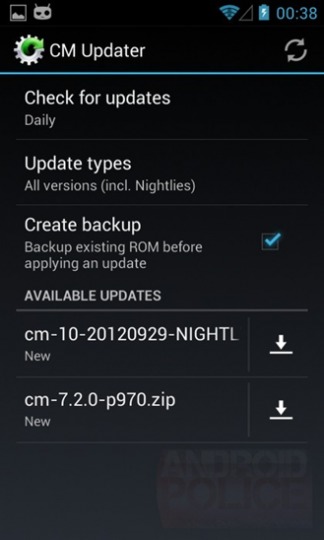 Updates are pulled from get.cm, so you know you are getting the official releases. It can be customized to check for new stable builds, new nightlies, or all builds. The update should be available later tonight when the new nightlies go out.