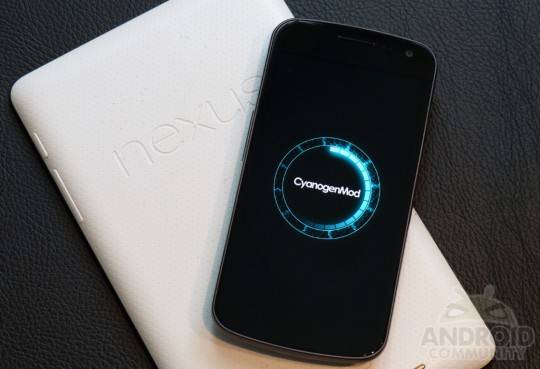 Koushick Dutta, Koush from CyanogenMod has returned to his Google+ page with another video teaser. This latest is showing ‘AirPlay’ mirroring from one Android device to another. In this case, that means an HTC One smartphone and Nexus 10 tablet. The video offers a look at Angry Birds, however as this is just a mirror of the content — it could be used for audio, video or anything else you do on your phone.

Streaming from a phone to tablet may not be something that everyone wants, but there is bit more potential here. As Koush points out, this could potentially be used with an Android PC stick attached to your television. Using this setup, you would have quite a bit of use in terms of sending video, offering a photo slide show for friends and family or just sitting around surfing the web or watching YouTube videos.

Anyway, this is being shown using an HTC One running CyanogenMod, however we have yet to see a solid timeframe as to when this may arrive for the average end user. Koush does close the video by saying that it should be “coming to CM pretty soon” but that does leave some questions. Does that mean a regular stable build, or more than likely, this will appear in the nightlies to begin with.

This also brings the question as to whether or not Cyanogen Inc has any plans to release an Android stick running CyanogenMod. While we wait and hope to see this arrive soon, it does appear as if this ‘AirPlay’ mirroring will (at least partially) make up for what Koush lost when Google changed things up and he lost the ability to stream to the Chromecast. Anyway, the video demo from Koush is sitting below.