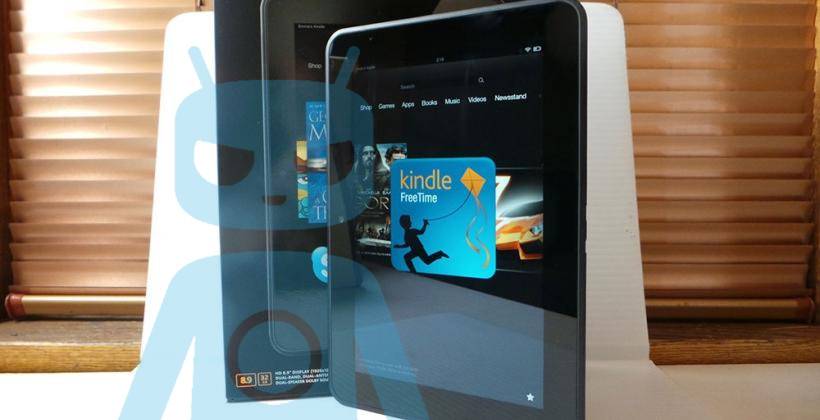 True to their word last week, the CyanogenMod team has switched on the build system for producing nightlies for two of Amazon’s previous generation Kindle Fire HD tablets. Now owners of the Kindle Fire HD 8.9 and Kindle Fire HD 7 may choose to run the latest CyanogenMod version should they tire of Amazon‘s own walled garden that will likely be unmaintained soon.

The arrival of the new Kindle Fire HDX line, as well as the Kindle Fire HD refresh, has practically signaled an inevitable end for Amazon’s older Android-based tablets. Although Amazon has not yet given official word, such is the lifecycle of mobile devices. Now hope comes from CyanogenMod, at least for those willing to part with Amazon’s custom interface and ecosystem in exchange for a more up to date and upgradeable Android system.

Kindle Fire HD owners excited for CyanogenMod goodness should probably remember what nightly builds are, or, rather, what they are not. A CM11 nightly build for any device does not necessarily mean it will get an M snapshot release, much less a final stable CM11 release. It all depends on the state of the build at the time of testing and on the maintainer’s decision. That said, for users who can live with occasional problems, bug fixes, and raw new features, CyanogenMod nightlies might present a better alternative to running old, unsupported, and maybe even insecure Android versions.