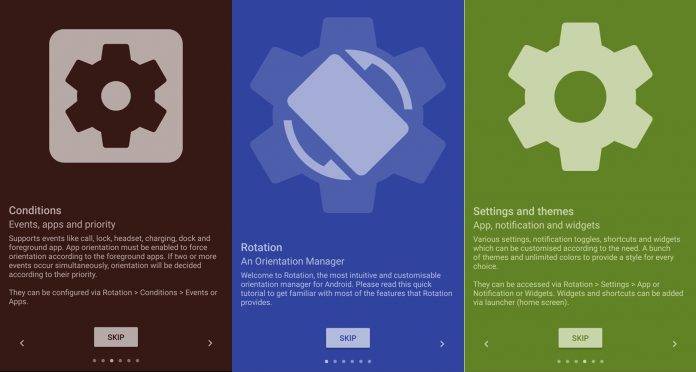 It’s about time the Android community gets something as smart as this Rotation – Orientation Manager. To be honest, setting the orientation on a smartphone can be easy but you have to set it every time you launch a different app. Customization for every app has been in demand but we haven’t tried anything that really works except for this one. Rotation is a special app that helps users to control device orientation because the default option on your phone isn’t always enough.

What the app does according to the developer is override settings of each app and the system. This orientation manager offers several modes including Auto-Rotate On, Auto-Rotate Off, Forced Auto-Rotate, Forced Portrait, Forced Landscape, Reverse Portrait, Reverse Landscape, Sensor Portrait, Sensor Landscape, and Forced Full Sensor.