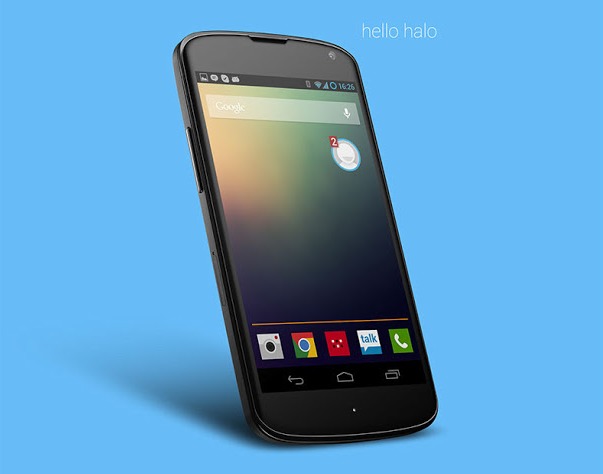 Last month the folks from Facebook had a pretty busy few weeks releasing Facebook Home, the HTC First phone, and of course their new Messenger application with tons of new features. The only thing we really liked from Facebook’s new arsenal was their unified messenger system called Chat Heads. Little bobble heads on the edges of the display for seamless communication. Soon we’ll be getting that, without Facebook.

As soon as we saw this feature making chat and messaging simple, fast, fluid, and best of all not intrusive to our multitasking we knew we wanted it everywhere. Multiple custom ROM makers saw an opportunity, and the folks from Paranoid Android are first to the plate. They have some of the best ROM’s around, and have announced the Chat Head feature will be customized and integrated into their ROM’s.

Well, they didn’t announce Chat Heads was coming. Instead posted the image above which is essentially a very similar chat system. You can see right on screen the similar little circle “Chat Head” that will be a quick and easy way to chat and communicate with people. Hopefully this will integrate Google Talk, Facebook Messenger, SMS and more all into a similar interface. We have a feeling they’ll be doing exactly that.

Tapping on them will popup a similar box that doesn’t take up your entire screen, and instead lets you reply and go right back to what you were previously doing. It’s chat and multi-tasking blend into one, and we love it. There was a few awesome things from Facebook, but getting them without being tied to Facebook will be even better. And we’re sure many of you would agree on that. Stay tuned as this is still in the works and coming soon.