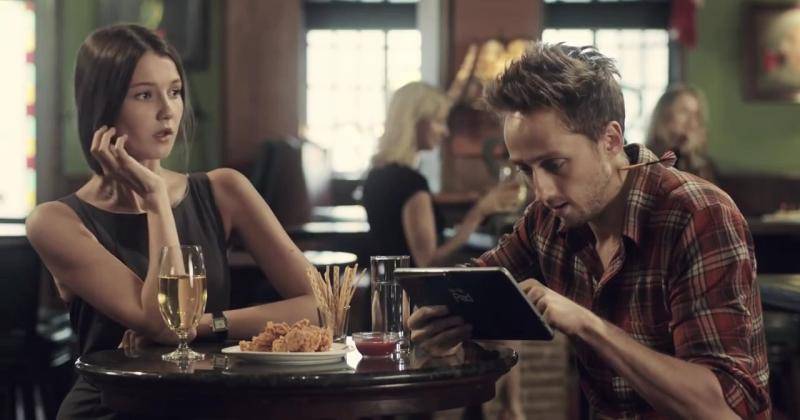 Trying to prove that its rival isn’t the only one with a funny bone, LG has released a video ad that tries to sell its new G Pad series. But like many ads, it’s all fluff, funny fluff mind you, that practically has nothing to do with LG’s tablets until the very last parts of the clip.

The message is clear and brutal from the very beginning: sometimes people make dumb choices. Probably not as brutal as the “accidents” that our tragic hero runs into. Or rather runs into him. The ad does comically point out the dangers of having your face glued to your tablet (or smartphone, for that matter), a fact that we (should) know only too well from real-life incidents.

Funny as the ad may be, one might be left head scratching by the end. Because it never really answers the question that the ad seems to build up. How does an LG G Pad solve the problem of mobile users never looking to appreciate life or appreciate an oncoming bus? The video does touch on some of LG’s key features, like QPair, which is admittedly quite interesting, and Gesture Shot for easy selfies. But none of those, or the G Pad’s other features like Dual Window, QSlide, or Smart Keyboard, really solves the problem, does it? The only corollary we can deduce is that if you’re smart enough to buy an LG G Pad tablet, you’re probably smart enough not to sit next to a dartboard.

Still, the ad is indeed humorous and LG can be given props for trying. And the G Pad tablets are indeed interesting mobile devices that try to straddle performance and price. If you were to direct a funny TV spot for an LG G Pad tablet, how would you spin it? Come share your thoughts and creative musings in the comments below!