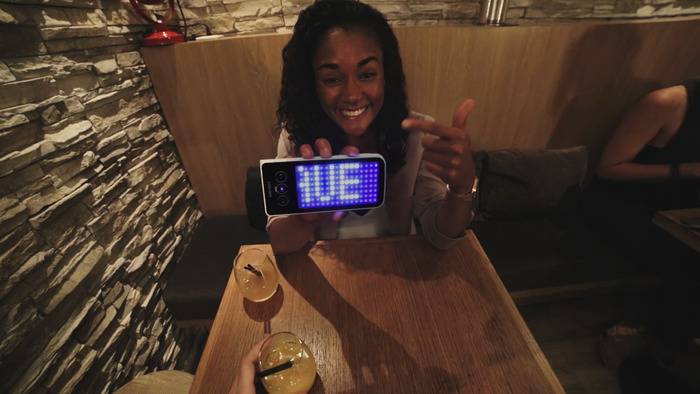 Did you ever look at your Android phone’s backlight (that sometimes blinds your eyes when you’re in the dark) and think to yourself: “Wouldn’t this be so much better if this was LED light?” Well, some tech guys from France thought of the exact same thing and came up with cPulse, the world’s first smart LED lighting case. It can turn your phone into a cool LED lighting source, unlike any other in the market right now.

But really, what would you do with a phone that lights up like an LED board? Glad you asked. Imagine you’re sleeping in an extremely dark room. People now normally use their phones as their alarms and so you set yours the night before. As the alarm sounds off, your phone’s LED light starts flashing, giving you even more incentive to get up right? Or let’s say you’re at a party, and things are starting to get boring. You whip out your cPulse encased phone, turn on the music, and start waving the LED light around. Or the kids are bored at home and so you start an LED light shadow game.

How it works is simple. You connect the cPulse case, which has an articulated hinge, to your smartphone’s micro-USB port. Then you can download several cPulse apps from the Google Play Store, install them in your phone, and now you can enjoy the different lighting experiences it offers. You can even share the lighting file format with others who also have cPulse, just like you would any music or video file. The LED panel also has touch buttons for easier use, and the case has an external micro-USB port so you don’t have to remove it when you charge or connect to your computer. The case also serves as protection for your phone and the LED screen as well.

So if you believe that LED lighting cases are the way to go, you can head over to Kickstarter to support this project. It’s still relatively new so they only have very few backers, but you have 44 days to decide if you want to back them up.