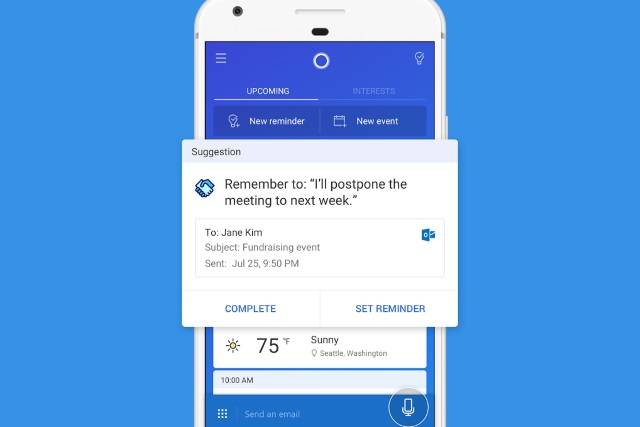 You can probably forgive Microsoft for previously not paying much attention to the Android version of their Cortana digital assistant. After all, it’s not a competitor’s platform. But what the OEM has been learning for the past few months or years is that Android is still the most popular of the bunch and to not make their users happy with your app is a bad business move. And so today we find the update to Cortana for Android with a much improved look and user interface, and even a few minor new features thrown in.

In their change log, they called Cortana 2.9.0 a “major evolution”. Well, we wouldn’t go that far but it is indeed a huge improvement from the previous one when it comes to the look and the UI. The settings page has been redesigned and is now easier to access and manage. You now have just two tabs and they are labelled as well. When it comes to the overall look, it is cleaner and easier to understand. The hamburger menu on the left has made it like the other Android apps as well.

When it comes to new features, the one minor thing they did add was hands-free calling and texting, which should have been included in the first place, since Cortana is being positioned as a voice-activated digital assistant like Siri, Alexa, and Bixby. You will also now have quick hands-on control of your reminders and the icon can be found on the top right hand corner of the app.

We look forward to Microsoft tinkering more with Cortana soon, if they really want to seriously compete with the other digital assistants out there and the ones that are coming soon as well. Update your app through its Google Play page.