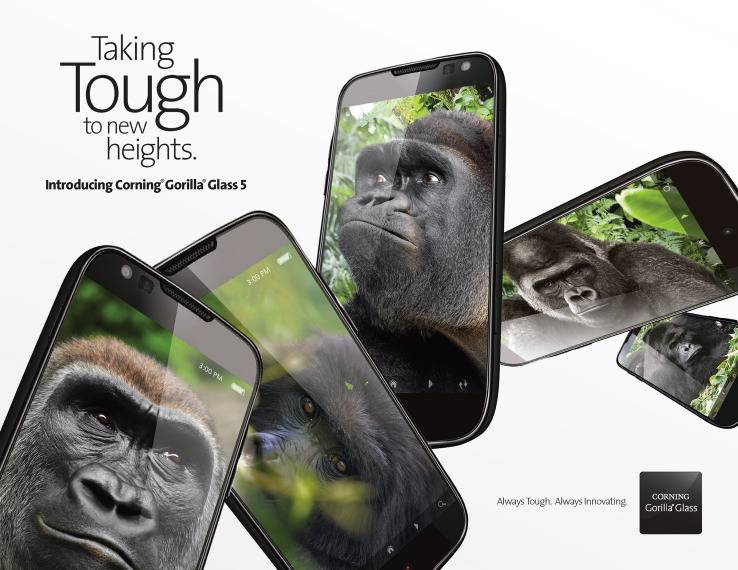 Corning’s Gorilla Glass technology is usually the “go to” tech for glass display protection on premium smartphones, so much so that the name Gorilla Glass has become a household name in modern smartphones. Just today, Corning has unveiled Gorilla Glass 5, the latest iteration of the technology, and it might just keep your smartphone display safe even after epic drops.

We hate that – the moment when you just dropped your smartphone and you know there’s no chance of catching it. There’s that empty feeling in your gut, like you’re anticipating the sadness brought by a cracked smartphone display. You hope that somehow, the Gorilla Glass technology would prevent the display from shattering – and with Gorilla Glass 5, that might just happen more often than not.

Gorilla Glass 5 is the new glass formulated by Corning, and the technology is said to have improved drop performance from gadgets that are dropped onto rough surfaces specifically from waist height to shoulder height. Those who fumble their phones during selfies or those who are just naturally clumsy can take encouragement from Corning’s claims saying that says Gorilla Glass 5 will survive up to 80% of the time when dropped from heights of 1.6 meters or lower.

Of course, there are caveats to these claims. Corning says that they did their tests on glass that were 0.6mm thick. Some smartphone manufacturers opt for the thinner 0.4mm glass that Corning also makes, so that should temper our amazement and we should still probably be careful with our phones. That said, more protection is still a good thing. Expect to see Gorilla Glass 5 on phones released later within the year and in 2017.