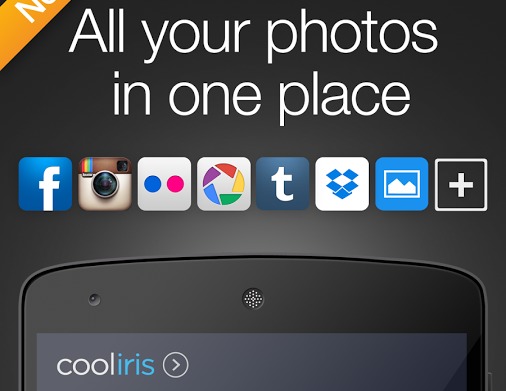 With a plethora of social networking sites, you’re bound to have hundreds of photos scattered all over. And while there are numerous gallery apps available on Android, none probably gathers all, and we mean all, of them in a single place like Cooliris.

Cooliris is a photo gallery app for Android, but that would be an overly simplistic way of describing it. It presents photos from a number of sources, which we’ll get to later, in a fancy 3D wall animation. True, it’s a pretty way to look at and browse your photos, but it is merely icing over Cooliris’ real specialty: collating all of your photos, whether stored on your device or in any cloud service, all in one, single spot. 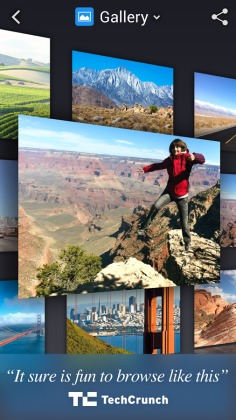 While many Gallery apps do integrate with social networking sites and cloud services like Facebook, Flickr, Dropbox, and more, Cooliris supports even more. You have Instagram, Twitter, Tumblr, OneDrive, SmugMug, Weibo, Yandex, and more. It even has support for Evernote, of all things! But more than just display photos you’ve stored or posted on those places, Cooliris’ integration goes even deeper. From its Facebook section, you can browse through your friend’s photo albums and even like those photos without having to leave Cooliris. In Instagram, you can also look through your own feed, the most popular photos, and look through other publicly available posts. And of course, you can still share those photos using the usual Android sharing framework.

Cooliris is now available on Google Play Store, though it is its first Android version so there might be some issues here and there. The app is only compatible with Android devices running Android 4.1 and higher, but availability seems to be quite limited for now.