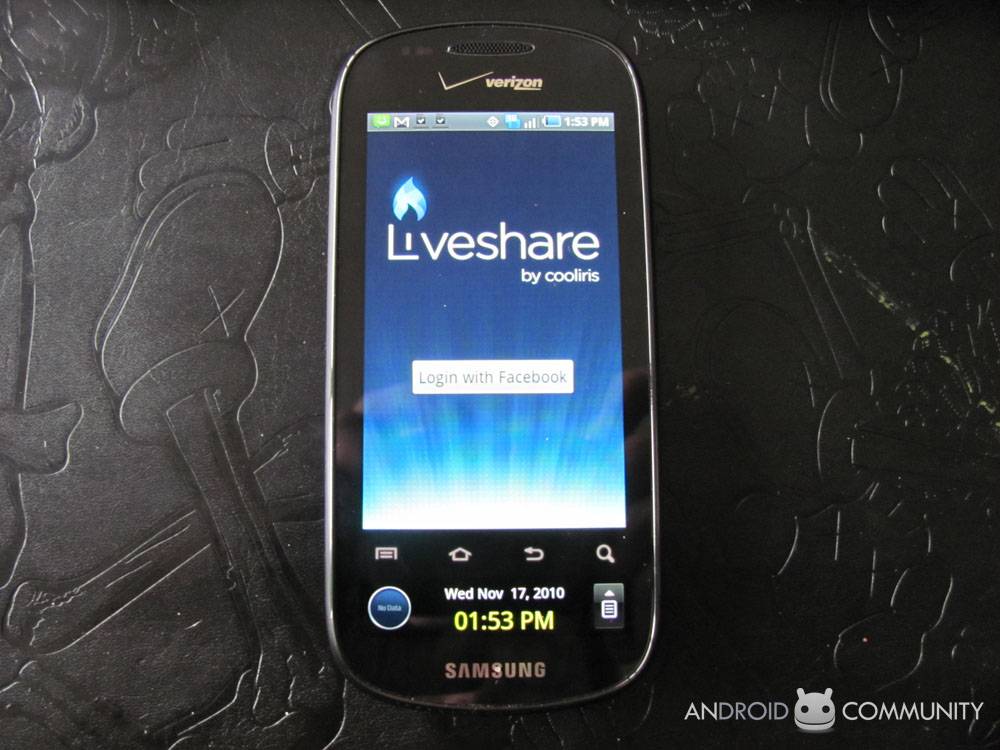 So just a couple hours ago we learned that Cooliris had released a lovely new app by the name of Liveshare for Android and iOS devices. I happened to have a Samsung Continuum here, just waiting for review, so I thought hey, let’s take a peek at this cool new app! Thusly, here it is: Cooliris Liveshare, an application made for you to find fabulous events around your area, take photos at them, and share them with the world using the Cooliris 3D Wall through Facebook, email, or other social sites such as your own personal one (using a simple embed code, if you’re in to that sort of thing.) Then you can also view (from your phone) other photos from the event, including images of a young man wearing a baseball cap that I’m almost certain wasn’t actually at the Black Veil Brides concert at Slim’s.

Such is the risk you take with an location-intensive app that doesn’t require you actually be there. But that’s alright! This app takes you all around the San Francisco Bar Area (more cities added soon), showing you some radically fun places to be. This sort of thing can be compared (in a way) to Foursquare in that you go to an event (not just a place), take photos, and share them. Simple as that. 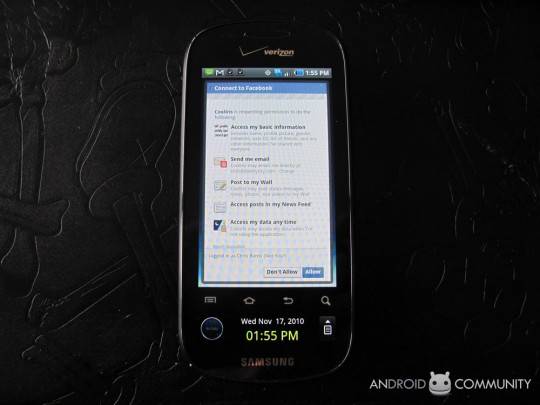 From the gallery below you’ll notice that upon entering the app, you’ve got to sign in using your Facebook account. Don’t have one? Get one. That seems to be the situation here. Once inside, you’re presented with a long list of place you can go in your area (remember, just SF for now,) and take pics if you wish. This interface seems simple enough, supposing there’s not 80 billion places to go inside the area and time limit you’ve set. 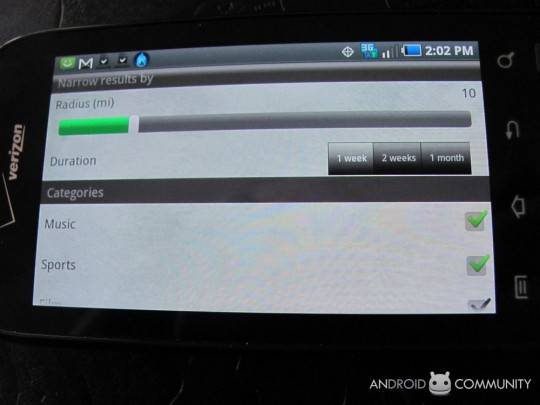 That said, you are able to use the nifty functions that allow you to set how many weeks out this event might be, clicking on or off the types of events you’d like to look for. Something I’d love to see in the future on this app is the ability to actually search by keyword for the events you’d like rather than having to scroll up or down. Then again, I do scroll up and down with no search to find the music tracks I listen to on other apps, so maybe this is enough. 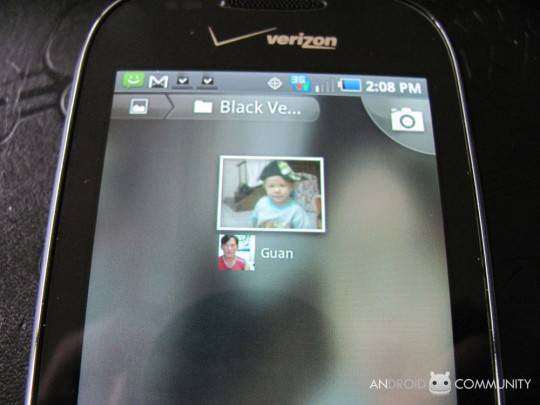 Inside each event is a collection of photos (limited thus far because the app was just released), again with images that are more than likely not actually photographed AT the event. This situation is of course born of the fact that most of these events are yet to happen. Hopefully there is some sort of moderation system in effect so that these events do not become full to the brim with Chat Roulette type photographs. 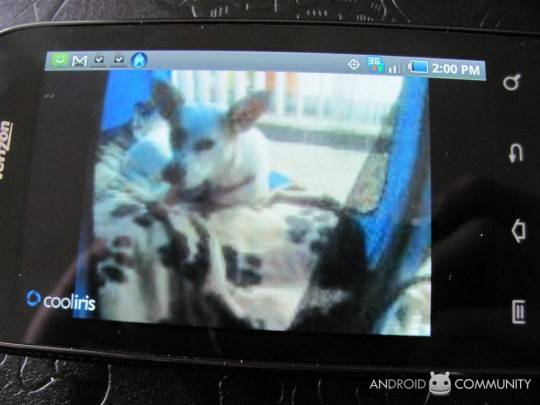 I should also mention that once a photo I’ve taken is in an event gallery and I re-open it, it appears rather blurry, as if it hasn’t fully processed it yet or like it’s displaying a blown-up thumbnail. Once this image is shared and displayed in a 3D gallery on Facebook, it looks alright again. When I attempted to view someone else’s photo from a different event, it appeared sharp and nice. 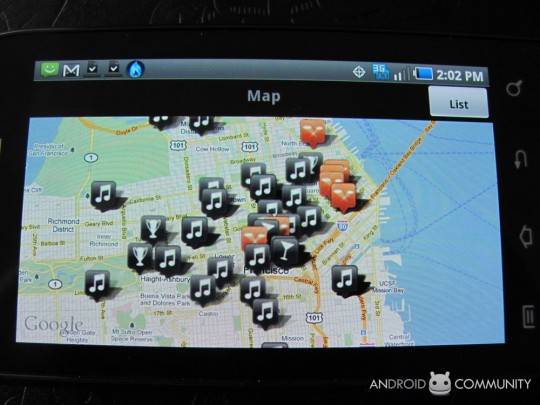 Perhaps the most excellent function (outside the 3D presentation of images once they’re shared to your Facebook wall), is the Map, showing you a vast array of points on the map near you that are having events coming up soon. If you live inside an area that’s anything like SF, you’re going to have a pretty big selection of places you’re going to have to sift through – but you’ll never be able to say there’s nothing going on again. Neat! Again, you can access this app easily by searching “Liveview” in your Android Market or if you’re an Apple sort of person, your Apple App Store.