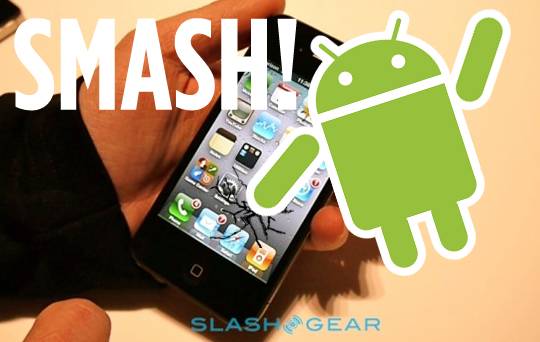 There’s a Consumer Reports article out today that suggests all would-be Verizon iPhone 4 customers should hold off on purchasing one – unless of course they want a “short-lived” device, that is. Consumer Reports goes on to note that iPhone 4 is beginning to “show its age” and will be replaced by mid-2011 by a newer model. What’s this mean for Android? We can’t be sure, especially since this same magazine warned consumers not to buy the original ATT iPhone 4 because of it’s infamous antenna issue.

Although the bad-mouthing (with good reason?) of one camp doesn’t always mean loyalty to another, we’ve decided that any bad news for the iPhone is inevitably good news for Android, especially when it’s bad news about such a bigtime product as Verizon’s iPhone 4.

Where will consumers go if they’re “waiting” for the new version of iPhone?

Will they hang out on their current iPhone?

What if they get sick of having such an old, crusted over device?

Wouldn’t they rather have a brand-spanking-new Nexus S?

If you’ve got an opinion on the matter, feel free to discuss below or [in the forums], as we’ve got over 100,000 wily wacky Android loyalists there to either back you up or tear you to shreds. Believe it!