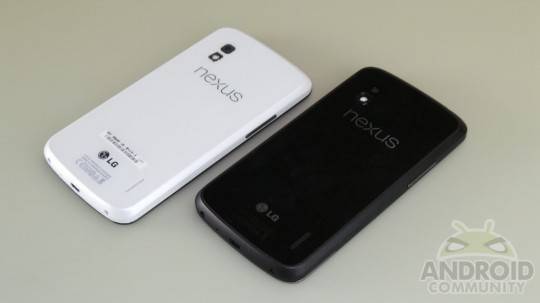 Analytics company comScore has just released its 2013 third quarter report that gives their own take on the current state of the smartphone industry in the US. Using data gathered from its MobiLens online survey and Mobile Metrix census-based measurement methods, comScore paints us a picture of the mobile device market that, frankly, shouldn’t surprise anyone by now.

As much as we’d like it to be otherwise, Apple leads the smartphone race in the US, at least when it comes to the OEM market share. From a total of 147.9 million people in the US owning smartphones, 40.6 percent hold a device produced by Apple. Somewhat a bit behind is Samsung, who managed to grab 24.9 percent of the market. While HTC and Motorola managed to retain their position in third and fourth, respectively, both have suffered losses in market share in the third quarter, with HTC going down to 7.1 percent from 8.5 percent and Motorola sliding down to 6.8 percent from 7.2 percent in the previous period. LG managed to secure it’s place at fifth, with nary a loss of its 6.6 percent share. 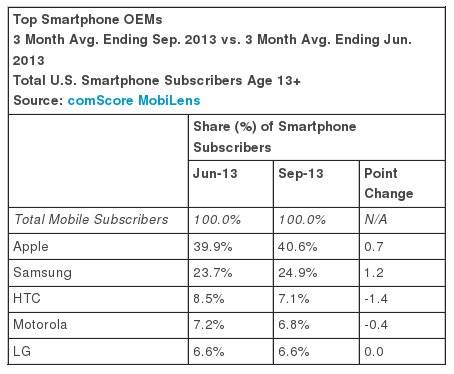 Also unsurprisingly, when it comes to smartphone platforms, Android still takes the lead with Apple following closely. However, Android did suffer a 0.2 percent loss despite getting 51.8 percent of the market, while Apple gained by 0.7 percent to reach 40.6 percent. Interestingly, BlackBerry has managed to stay afloat at third with 3.8 percent. Amusingly, there was still some room for Symbian at fifth with just 0.3 percent of the market. 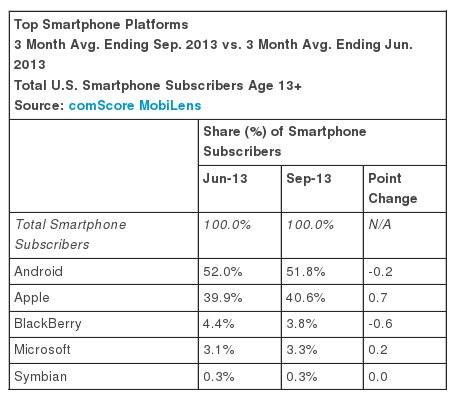 comScore has also measured the most popular websites and apps used on smartphones. Google and Facebook struggle for the top spots on both categories, with Google leading the browsing audience and Facebook grabbing majority of the app users’ attention.