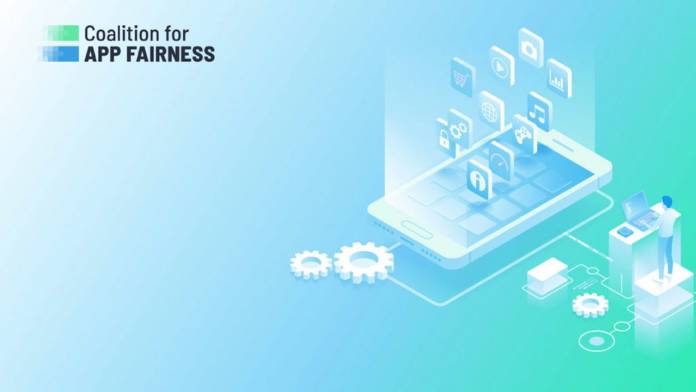 A new community has been formed with the goal of fighting for app fairness. Officially called the ‘Coalition for App Fairness’, this group consists of leading app developers that want to set things straight. These developers want to protect innovation on digital platforms and promote competition. They just published an important document that they hope will work as a guideline of acceptable practices for operators of mobile platforms. This move was mainly a response to App Store’s issue with Epic Games.

It’s not the only case as there are similar problems. Several media and digital companies feel there is a need to make changes. The Coalition for App Fairness (CAF) is an independent nonprofit organization established by the following groups and companies: Epic Games, Spotify, Basecamp, Blix, Blockchain.com, Deezer, the European Publishers Council, Match Group, News Media Europe, Prepear, Protonmail, SkyDemon, and Tile.

CAF aims to make reforms and advocate for enforcement. It aims to preserve consumer choice, and promote legal and regulatory changes. Spotify’s Head of Global Affairs and Chief Legal Officer Horacio Gutierrez said, “As enforcers, regulators, and legislators around the world investigate Apple for its anti-competitive behavior, The Coalition for App Fairness will be the voice of app and game developers in the effort to protect consumer choice and create a level playing field for all.”

Apps are widely used every day by billions of people all over the world. They are used for education, business, governments, work, media, communication, and other industries. Several platforms use such apps so they can be accessible to millions of consumers.

The “app economy” is also worth not just millions or billions of dollars but a trillion dollars. There is a call now for fair competition among these apps. This is to make sure digital technologies can benefit everyone in the mobile market and not just a particular organization.

Epic Games’ CEO and founder Tim Sweeney shared, “The basic freedoms of developers are under attack. We are joining the Coalition for App Fairness to defend the fundamental rights of creators to build apps and to do business directly with their customers. We are an advocate for any company that’s ready to reclaim its rights and challenge the anti-competitive behaviors that exist on app stores today.”

The CAF’s 10 “App Store Principles” address several issues and concerns. The group only aims to protect the app economy. It hopes that the most popular platforms like the App Store will adopt and follow the principles.

Check out the App Store Principles prepared by the ‘Coalition for App Fairness’: