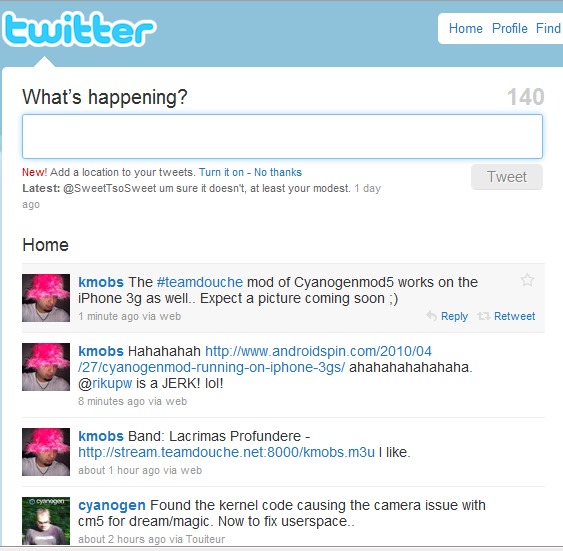 The iPhone just got a whole lot better. Kmobs/persianowns from teamdouche, Cyanogen’s squad of coding misfits and they are awesome, has just confirmed CM5 is running on the iPhone 3G.

Earlier, the radio and camera was confirmed to be working on the iPhone. Kmobs promised screenshots of CM running on the iPhone so expect those shortly. This is shaping up to be an epic day for Android and shameful day for Steve Jobs. Can you imagine how he would feel when more than half of iPhone users are running CM instead of being locked down by Apple. It’s going to happen, it’s just matter of time.

UPDATE: Pic as promised, looks like its real after all (maybe). 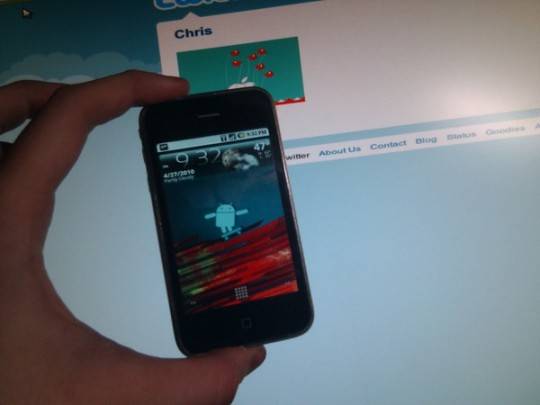 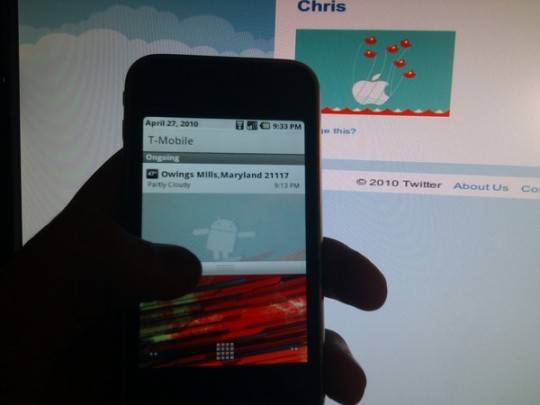