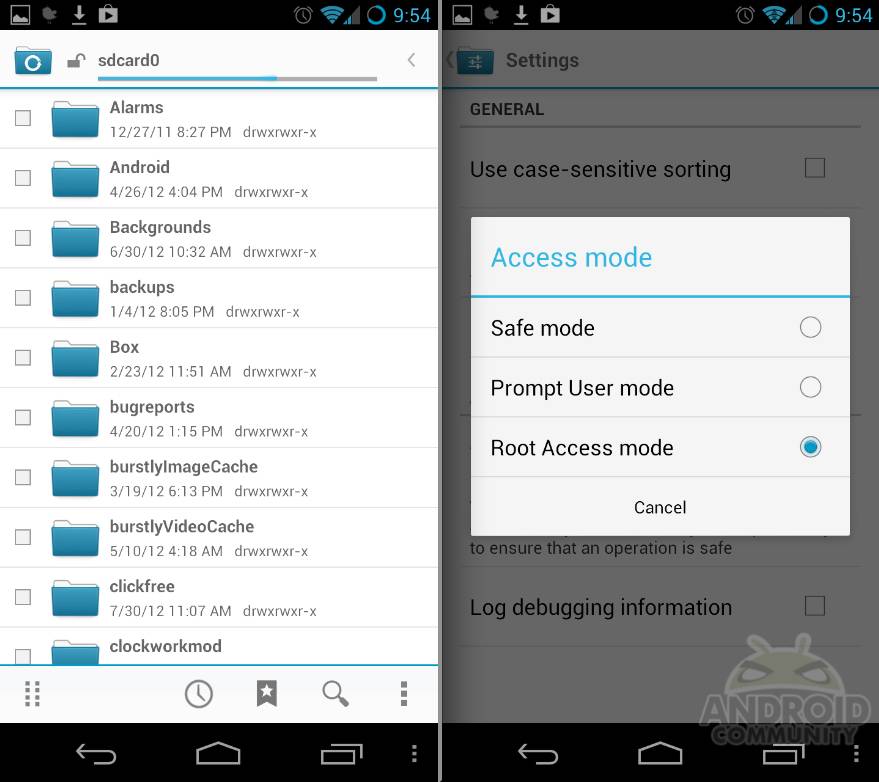 Those awesome developers from what is still one of, if not the best custom ROM in the world of Android have just released a brand new File Manager. Today CM10 nightlys will start enjoying a brand new CM File Manager full of features, function, and a beautiful user interface that streamlines it right into the elegance of CM10. More details below, including that “root access mode” feature too.

CyanogenMod for those that don’t know, is a custom ROM built from the Android Open Source Project and tweaked to be fast, simple, stable, yet full of features, tweaks and add-ons to make it a community favorite. Today they’ve merged their very own File Manager into their ROM to bring even more features and functionality. While I’m a huge fan of Root Explorer, the folks from CM might have just replaced it overnight.

Obviously this was just released and it still needs some work — like thumbnail previews — and a few various fixes but I’m sure it will be a powerful tool in the weeks ahead. One of the philosophies of CM is “any feature we add in should be seamless in it’s implementation, intuitive in its usage and functional to a large group of users.” and that is exactly what this new File Manager is. They’ve used the Holo UI theme elements to make it a familiar looking app, and so far it works great.

One neat feature, which also kills root access type file explorers, is the “Access Mode.” Here you’ll start in safe mode so the file manager can’t cause harm to your device by inexperienced users deleting things they shouldn’t. Then you can opt for a prompt user mode where you’ll be guided and prompted before doing anything too dangerous, then full on Root Access mode where you’re free to do as you please. Once you enable Root Access Mode it launches in that mode — so use caution.

For those that are fans of file manager and explorers get ready to enjoy another impressive option right from the CM developers themselves. It’s being merged into nightly builds as we speak. Enjoy!