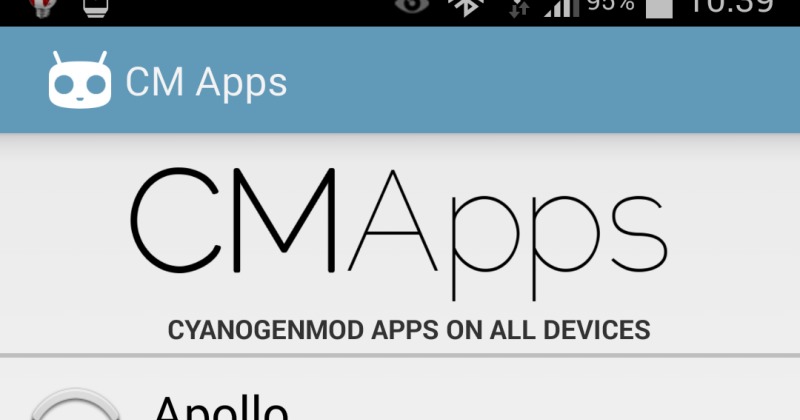 If you’ve ever wanted to use CyanogenMod‘s custom Android apps but didn’t want to say goodbye to your favorite ROM or stock version, then worry no more. This handy CM Apps utility makes a good number of those apps available, no matter what Android ROM or firmware you are running.

To be fair, CyanogenMod’s apps are all open source and are available for the taking, but who really has the time to build an app from source? CM Apps takes the drudgery of that process and delivers a list of those apps for easy installation. From here you can install the Apollo music player and manager, or the nice cLock homescreen and lockscreen widget, or DSP Manager for tweaking your device’s audio, or even the Trebuchet launcher.

Do note, however, that not all of these apps are guaranteed to work outside of their CyanogenMod environment. And even if they do install and run, they might not function properly. The Torch app is something you might want to skip, since turning it off doesn’t seem to work, leaving your LED flash turned on until you shut down or restart your smartphone. You also have to install apps via other means, as CM Apps doesn’t really give you the option to remove those apps once installed.

There are, of course, other means to get CyanogenMod apps in an easy to install format, like F-Droid where you can find both Apollo and CM File Manager, though not the others. CM Apps, however, gives users a convenient one stop shop to find and install almost all of them, though it doesn’t exactly make it convenient to remove them afterwards.