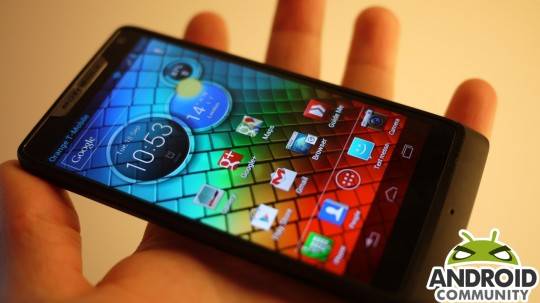 We’ve known about the Motorola RAZR i for a little over a week now, but today, we’re finding out when the new phone will ship in the UK. Retailer Clove has announced that it will begin shipping the device on Monday, October 1. This means that those who are eager to get their hands on the device don’t have too much longer to wait.

The Motorola RAZR i is the international version of the Motorola DROID RAZR M. Most of the innards are the same between the two phones, but there is one pretty big difference: the processor. The RAZR M comes packed with a dual-core Snapdragon S4 processor, which isn’t too bad, but the RAZR i is equipped with an Intel Atom processor clocked at 2GHz. That clock speed will definitely be keeping things on the quick side, and should prove to be a major selling point for the RAZR i.

While the RAZR i uses the same 2,000 mAh battery as the RAZR M, Motorola is saying you should get a little more mileage out of it in the RAZR i. Other than the processor, all of the specs are the same. The RAZR i boasts a 4.3-inch qHD edge-to-edge screen, 8GB of internal storage, an 8MP rear shooter, and 1GB of RAM. In all, it isn’t too bad a handset, so if you’re in the market for a new smartphone, you might want to give the RAZR i a look.

Keep in mind that you are going to have put down a fair bit of money to take home the RAZR i, though. You can get your hands on one for £342 ($555), so it is a bit on the expensive side. Still, it’s a nice looking phone with some good internals, so what’s not to love? Check out our story timeline below for more on the RAZR M/RAZR i!