Koush’s ClockworkMod custom recovery is the de facto standard for Android modders out there, and in the last few months a few devices like the Galaxy Nexus have been given beta versions of ClockworkMod Touch. Today that small number of (official) devices extended by two. The ASUS Eee Pad Transformer Prime and the original Transformer are both officially supported as of now – you can download and install ClockworkMod Touch via the ROM Manager app.

ClockworkMod Touch is just like ClockworkMod… with touch support. (Natch.) The familiar layout and features of CWM are all given a touch-enabled makeover with a slightly larger interface. It’s still pretty basic – the UI is list-based with no icons and almost no graphics to speak of – but it adds a bit of usability to a process that was previously button-only. The lack of real buttons on Android devices as of late was certainly an inspiration for the new version’s development.

So far only a few phone and tablet models are officially supported by ClockworkMod Recovery Touch: the Nexus S and Galaxy Nexus, the HTC Desire, Desire HD, Desire S, EVO, EVO 3D, EVO Shift, G2, MyTouch 4G, Rezound, Sensation, and Thunderbolt, the LG Optimus 2X, Black and 3D, the Motorola Atrix and Cliq, and all flavors of the Samsung Galaxy S II. You can download all the CWM Touch versions (as well as the standard version) at the ClockworkMod download page. 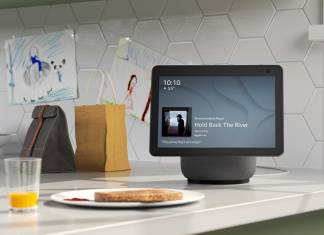 Ida Torres - September 25, 2020
Along with the announcement of new Amazon hardware, we’re also getting a huge dump of new features from its digital assistant Alexa. They’re bringing...