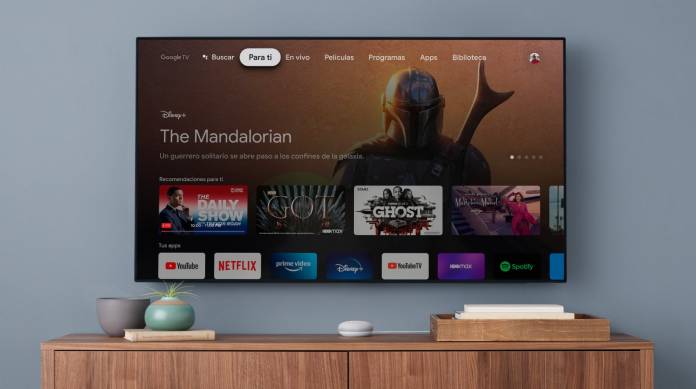 If you’re a Spanish speaking household living in the US and you have a Chromecast with Google TV device, we have good news for you. Using the platform is now easier as they have made improvements to Spanish language support, bringing new tabs for browsing movies and TV shows. This makes the Google TV experience better for Spanish speakers not just in terms of the tabs in the main menu but even with the recommendations and the search parameters as well.

Google tweeted out that using Chromecast with Google TV in Spanish has come with improvements in terms of new tabs for TV shows and movies, getting more recommendations to choose from, and an improved search experience. Basically all these things are already available in Google TV but for this update, it’s the Spanish-speaking users in the U.S. that will benefit. To get started using Google TV in Spanish, you have to choose the language and then say “¿Qué puedes hacer?”

Using your #Chromecast with Google TV in Spanish is now even better:

Just use the voice remote and say, “¿Qué puedes hacer?” to get started. pic.twitter.com/EUAQH9pakH

Before this update, the homescreen for Google TV in Spanish only had tabs for Home, Apps, and Collection, as well as Search for Google Assistant. But now once you update to the latest version, you get the following items in the homescreen, as per 9 to 5 Google:
– Buscar — Search
– Para Ti — For You
– En vivo — Live
– Peliculas — Movies
– Programas — Shows
– Apps — Apps
– Biblioteca — Library

Spanish is one of the most widely-spoken languages in the U.S so it’s not surprising that they’re expanding support for this language first. They did not say if they were planning on adding support for other languages and also beyond the U.S but this is highly likely if Google wants to get even more users on their Chromecast with Google TV devices. We also don’t know if this will roll out to those that are still using Android TV right now.

If you do have Chromecast with Google TV, you can update to the latest version. It’s not clear now if it’s a full system update or just an app update but it does seem to be rolling out to more users.