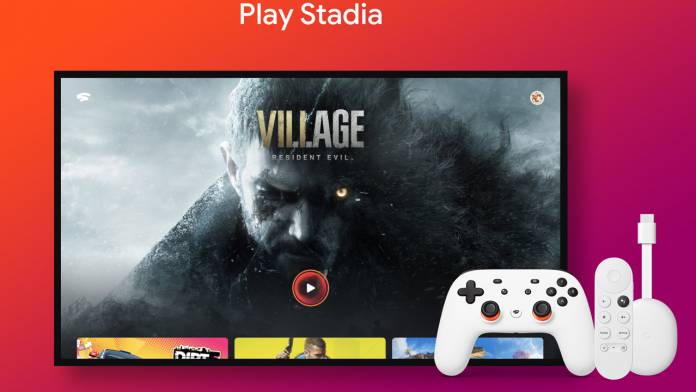 It’s been around 18 months since Google Stadia first burst into the scene and it already supports phones, web, tablets and even the Chromecast Ultra. Now, in a major development, Stadia will bring the leading game streaming to more devices. Google has announced the availability of the gaming platform on Chromecast with Google TV, which will be available starting June 23, 2021. It’s a bit strange since the Chromecast with Google TV didn’t initially launch with Stadia support eight months ago when it arrived.

The streaming dongle will have full Stadia support with plug-and-play capability along with other devices as announced by Google. These TV devices include the likes of Nvidia Shield TV and Shield TV Pro.

Other devices that land with Stadia support as per this latest development are the Hisense Android Smart TVs – including the U7G, U8G and U9G. The Onn FHD Streaming Stick and UHD Streaming Device will also now support the platform officially.

Other TVs getting the Stadia support from now on are Philips 8215, 8505, and OLED 935/805 Series Android TVs. The Xiaomi MIBOX3 and MIBOX4 also join the bandwagon, expanding the ever-growing family.

If your device is not listed in Stadia’s latest blog post, and you want to experience it – opting into the experimental support is the only way. It goes without saying that the feature is in the development stage and not every Android TV OS device will work smoothly with it.

To roll in for the program, simply install the Stadia app, go to “My Apps” and then press “Continue” when the opt-in screen props up. As an advantage, you can use the Stadia Controller or any compatible Bluetooth controller to get a taste of Stadia on your Android TV.