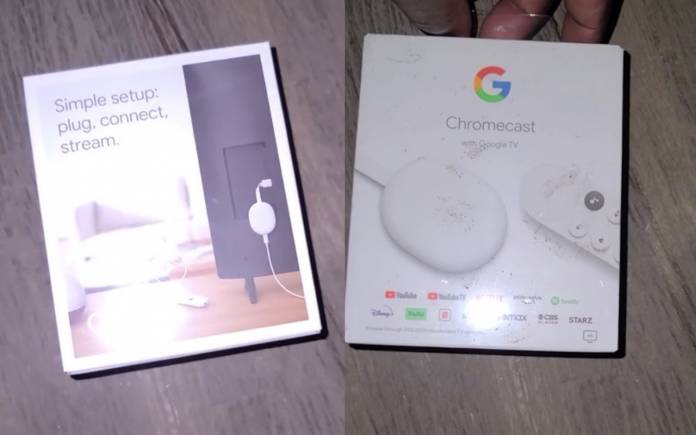 September 30 is less than a week from today. It means Google will be introducing the Pixel 5 and Pixel 4a 5G as the tech giant’s first pair of 5G devices. The company is also expected to reveal a new Chromecast model. Images of the Chromecast with Google TV have been leaked recently. It is an Android dongle known earlier as ‘Sabrina’. It is said to be priced affordably as leaked. It may also come with a remote and probably low-latency gaming mode for Stadia.

A new Chromecast will be unveiled. We are sure of that now especially since a related video surfaced on Reddit. A redditor (jsterninja) shared a video of the new Chromecast. The photo on the square box matches the image of the ‘Sabrina’ we’ve been featuring here for several months now.

Based on the 28-second video, we can gather the upcoming Chromecast device will offer a ‘Simple setup: plug, connect, and stream’. It is called Chromecast with Google TV that comes with a physical remote. It also comes with the Google Assistant so you can take advantage of voice remote to control the TV and search. 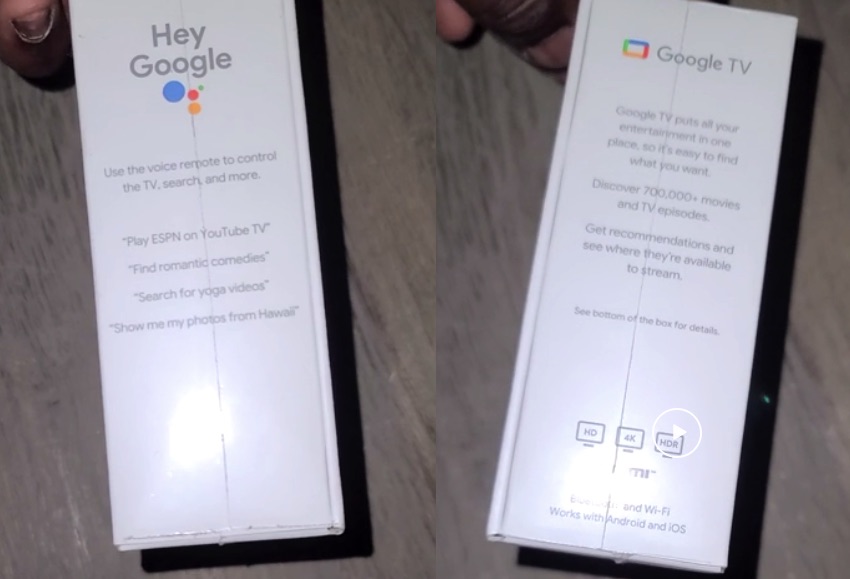 With Google TV, you can have all your entertainment in one place. More content like TV shows and movies can be accessed from different streaming platforms. In front of the box, we see YouTube, YouTube TV, Amazon Prime, Spotify, Disney, and Hulu among others. The new Chromecast with Google TV can display videos in HD, 4K, and HDR.

On September 30, Google is also expected to launch a new smart speaker that may cost $99. It’s also known as the Google Nest Audio and Google J2 at Lowes.com as per Roland Quandt. Nothing much on the device but listed there are these words: Fill the room with rich sound, Smart sound inside, and Stream music with your voice.