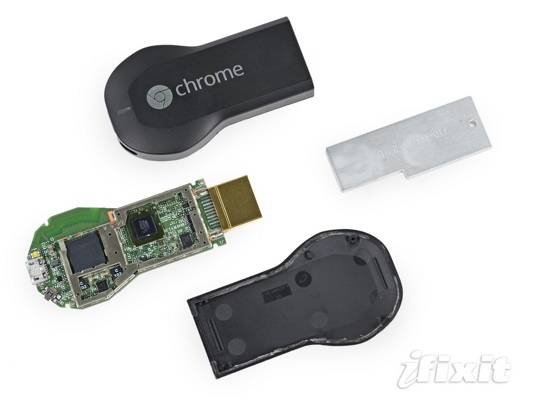 As we often see when new gadgets come available, they get torn apart by folks on the interwebs. In this case we are referring to the Chromecast and the group that sacrificed a device was iFixit. The interesting, and perhaps somewhat unsurprising part here is that the teardown revealed very little on the inside of the plastic.

In this cast the Chromecast was said to take “very little effort” to crack open and given the fact that there is nothing inside to repair — there wasn’t any repairability score attached. With that in mind, and given the $35 price tag we suspect many would simply throw the device out and start from new should it stop working.

To that point, the iFixit crew called the Chromecast both a “luxury item with a limited use” and a “throwaway” gadget. At least in this case that luxury item is relatively inexpensive. Of course, that is not to say there was nothing inside. As you can see from the images here in the post (and in the full iFixit teardown), there is both a motherboard with components and a heatsink. 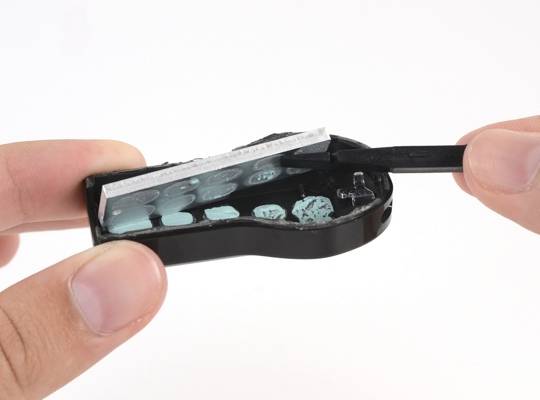 That motherboard was said to be sporting 4GB worth of Micron flash memory and 512MB of Micron RAM. There is also an AzureWave AW-NH387 802.11 b/g/n WLAN, Bluetooth and FM Combo Module. Touching back on that heatsink. As you can see from the image sitting above, that runs the length of the device and is said to be made of solid aluminum. It was also referred to as being “ginormous” in size.

In the meantime, we have also spent some hands-on time with the Chromecast. And looking forward, as a few of us here have picked one up, you can likely expect to see a bit more coverage once we spend some additional time with it in our homes.