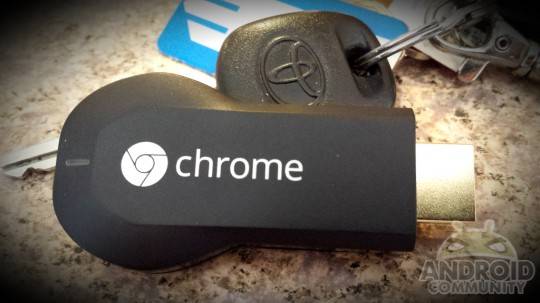 It seems that Google is quietly augmenting Chromecast‘s list of supported media sources. Reports are coming in that some YouTube vidoes that are embedded in third-party websites have randomly sprouted a button that would let users stream the video to Google Chromecast.

Google’s streaming dongle has, at the moment, a limited number of officially supported streaming services, with a promise of more to come in the near future. Although Google has apparently blocked third-party apps from directly streaming to Chromecast, an official beta plugin exists that lets users “cast” the contents of their browser tab to the TV.

YouTube is one of the aforementioned supported services but has so far been limited to streaming videos playing directly on YouTube.com or from the YouTube mobile apps. It seems that Google is now testing streaming a video playing in the embedded YouTube web player directly to Chromecast without having to mirror the whole web page as the plugin does.

The Chromecast button appears randomly and on random videos, suggesting the highly experimental stage of the feature. YouTube has no official confirmation other than that it is continually testing new features to improve user experience.