We’ve been hearing stories about a new Chromecast coming out soon and it looks like those rumors were right. Well, if this newest hardware leak is right. A redditor claims to have bought, probably “accidentally”, the 3rd gen Chromecast from a Best Buy store over the weekend. He posted images that seem to be different from the current one we have, although we can only compare it physically as none of the internal specs were posted or leaked as well.

It’s been years since Google actually updated the Chromecast, so this should come as a pleasant surprise. The new version still has the same basic design, showing off a circular body with an HDMI cable attached to it. However, according to the owner of the new Chromecast, you won’t see the magnetic connector anymore that used to make it easier to manage the HDMI cable.

The 3rd gen Chromecast also doesn’t have the glossy plastic design anymore but instead has the matte coating. It’s also thicker and now sports the Google “G” logo instead of the Chromecast logo itself. It also still uses the microUSB port instead of the upgraded USB-C port which we expected it to have. Other than that, we can’t really see anything more about the device based on the pictures posted. 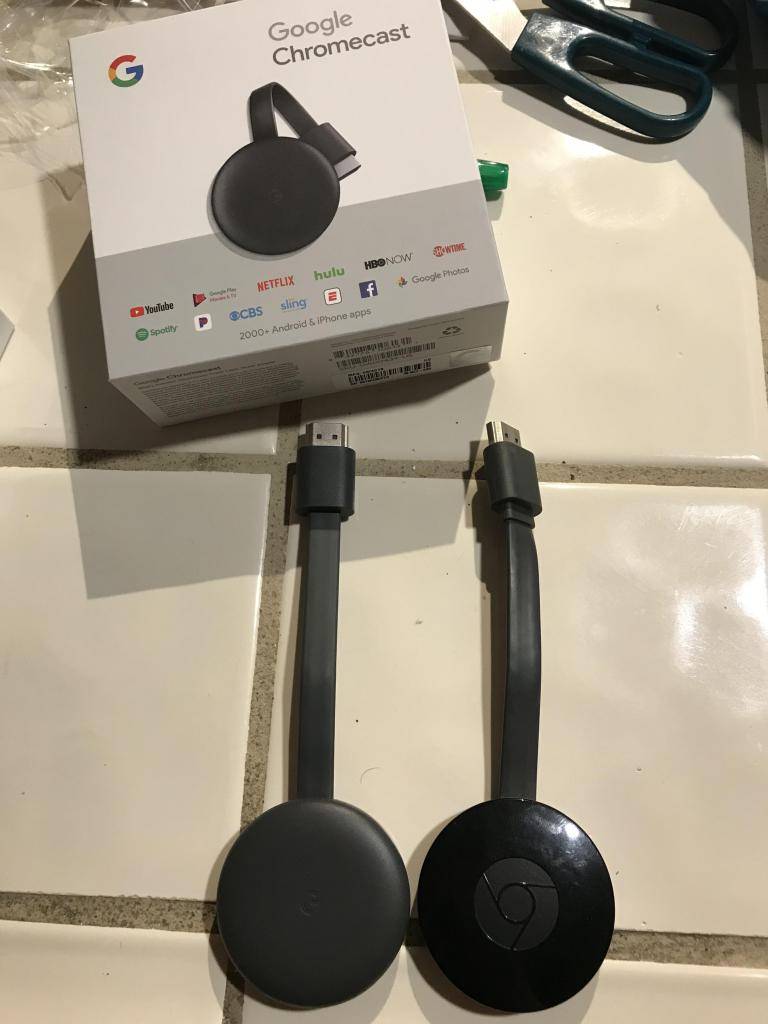 What he does share is that the Google Home app requires you to update it before you can set up the Chromecast, which may mean it is legitimately a new one. We can’t know from the pictures though if we can confirm the earlier rumors that it will have Bluetooth and an upgraded WiFi.

The Best Buy supposedly had the SKU for the 3rd gen Chromecast on hold until October 9. So this may mean that it will go on sale after it is announced at the Google event where we expect to see the Google Pixel 3, Pixel 3 XL, Google Home Hub, among others.