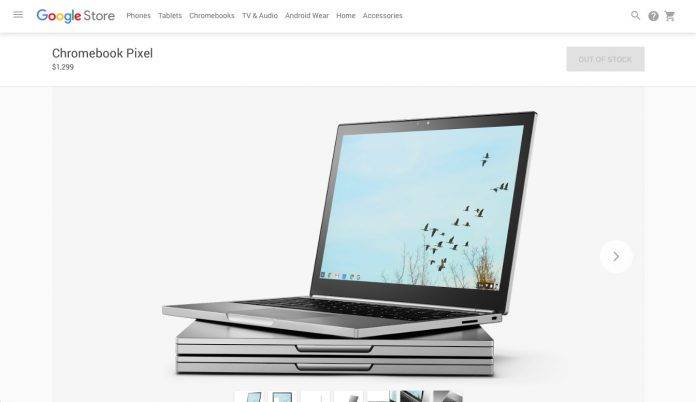 The Chromebook Pixel 2 was the second generation of Google’s laptop line that was running the Chrome OS and was considered one of if not the “fanciest” of the devices that were running on that platform. But now, Google has decided to discontinue production on the laptop and you will not be able to purchase it anymore on their online store. While there hasn’t been any confirmation yet, the tech giant is reportedly working on a new Chromebook Pixel to make up for it.

One of the things that made the Chromebook Pixel 2 better than its predecessor is the fact that it had a touchscreen. This is something pretty desirable in a laptop nowadays, especially in light of Google’s announcement that it will be bringing the Play Store to Chrome OS. This basically means you’ll be able to run Android apps and games on your laptop, and having the ability to touch and swipe will be pretty handy, so to speak.

Google has not disclosed sales figures for any of its Pixel devices, so we’re not really sure if the $1,299 price tag on the Chromebook Pixel 2 was a deterrent for people to actually buy it. It is pretty expensive compared to other laptops you could have at a cheaper price, but if you believed in the power of Chrome OS, then that wouldn’t have stopped you.

What’s still available at the Google Store is the Pixel C Android tablet, which starts at $499. You can pair it with a keyboard, so if you’re hankering for something similar to the Chromebook Pixel 2, then this is your next best bet, while Google still hasn’t announced anything new yet.