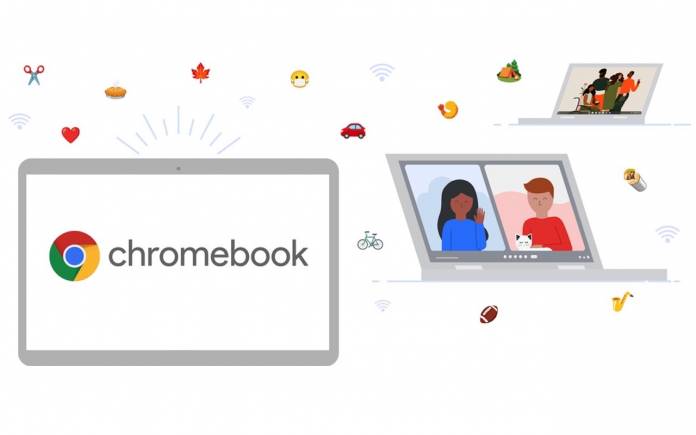 In the second quarter of the year, Chromebook and tablet slews grew significantly. Chromebooks especially grew year-on-year. With the pandemic not ending anytime soon, we can expect more Chromebooks will be sold in the next few months. The school year is about to start in most part of the world so we’re anticipating higher demand for laptops and tablets. For Google, the Chromebook system depends on the Chrome OS platform. A lot of OEMs have ventured into this product category since the first time it was introduced. A decade later, the Chromebook has turned into a reliable workstation whether for work, school, or business.

Google is set to improve the Chromebook system better than ever. As more people are being asked to stay home, Chromebooks will continue to be of help. New features will be available so people can communicate better with family, friends, and colleagues.

For one, Google has improved video calls on the Chromebook. The Chrome OS update brings Google Meet as a pre-installed app. It features video backgrounds, performance improvements, and adjusted video performance.

Apart from Google Meet, you can still use Zoom. It’s better as it takes up less storage. You can also expect a faster performance and the latest features such as background masking, live transcription, and breakout rooms. Emoji on Chromebooks is available. It also gets a new emoji picker and a new shortcut.

eSIM for cellular connectivity is also now supported on some models of Chromebooks, especially those from Acer. New collection of wallpapers are ready from different Black artists: Meech Boakye, Sabrena Khadija, and Aurelia Durand.

If you’re a parent or guardian, you may check out the Explore app on Chromebooks. It includes a digital magazine for kids and the whole family. It contains educational apps and games that can run on the Chromebook.