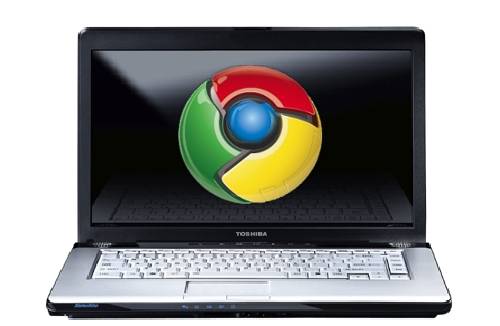 We all love Android, we have it on on phones, tablets, TV’s and even printers, but we all must admit that the lovable OS isn’t optimized for screens larger than a mobile phone without some serious modifications. Enter Google’s Chrome OS, a web browser based approach at an operating system. We have heard about it, seen it in action and now it looks like it will be hitting netbooks before years end.

Last night we saw the introduction of 4 Google-Android-Chrome equipped TVs. The end result: Flawless. Utilizing all of Google’s available technologies clearly worked and the end product was stunning both with it’s hardware and software. People are speculating that this integration of all of Google’s offerings truly makes the product. We may see this on products in the future, launching with the best features of Android and Chrome OS to make a unique netbook or tablet experience.

“We are very happy with the progress of Google Chrome OS and expect devices will be available later this year. We’ll have more details to share at launch.”

With Chrome finishing up in development, it has been confirmed that we will start seeing it on devices later this year and before January 1st 2011. What does this mean for Android Market Share? Well we do not know as of yet, it could be another way to boost brand recognition, or even take some market share away from the Android platform. But how could we complain about an operating system built for devices that it will run on? We will see how it all turns out later this year.