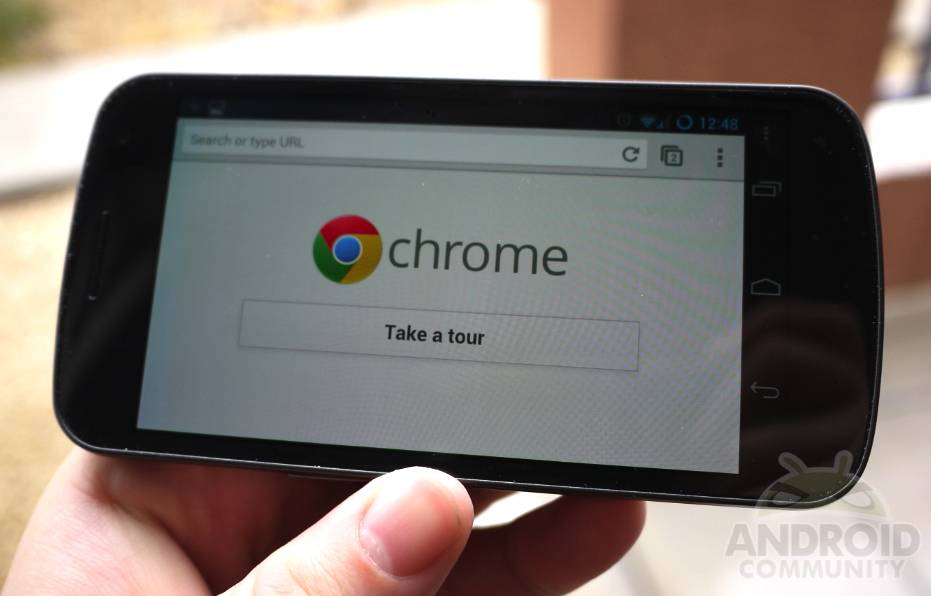 Today the folks from Google have just detailed and started rolling out another update to the official Chrome Browser for Android. Today’s update brings tons of little tweaks, fixes, and plenty of performance enhancements. If you’re not running the beta, this update is surely worth getting this afternoon.

According to Google they’ve added tons of new fixes in place, and transferred plenty of changes over from the Chrome Beta. They specifically detail that text clarity has been severely improved, and so far it does seem to be a bit more on the crisp and easy to read side. Then as usual Google mentions stability fixes.

That isn’t all either. It looks like ol Goog also improved scrolling performance and speed, increased responsiveness while using pinch-to-zoom, and even improved the Java V8 engine to have better and more interactive pages on mobile devices. These were all added a few weeks ago, but have again been improved today. Google expanded support for upcoming HTML5 features, whatever those are, and audio will now continue to play from Chrome browser even after you head to another screen on your smartphone or tablet.

Google has continued to improve their Chrome browser for Android and it’s slowly but surely becoming rather powerful. With autofill, password sync, and tons of other features all being added this is only looking up. Do you use the Chrome Browser, Chrome Beta, the standard Android browser, or a 3rd party like Dolphin? Let us know in the comments below.