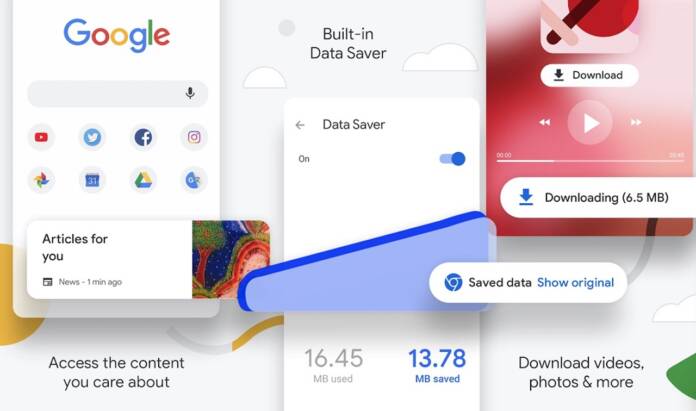 When we say Chrome, it is not only the Chrome OS platform that runs on the very popular Chromebook line. Chrome for Android is Google’s very own mobile browser that has been around since the year 2012. Google began work on the Chrome browser for Android in 2011 with the beta being released the following year. We even got a Beta hands-on experience and we have since witnessed how the mobile web browser has improved through the years. The last related feature we have was about the Chrome Duet Beta back in January.

Google is all set to release another update but we’ll have to wait for the official announcement. The next update may be related to foldables since foldable phones are already out in the market.

Two types of foldable screens are available. One is similar to the Galaxy Z Flip and another one is similar to what the Microsoft Surface Duo and LG V60 ThinQ have. There is no mobile browser yet that supports such foldable displays but that may change soon.

Google is believed to be working on Chrome for Android for multiple displays. Such support is expected to improve on multitasking especially right on a foldable phone. It’s more than just using two copies of a browser or using more tabs.

The mobile Chrome browser may soon be used across multiple displays. It’s not clear how exactly but some changes to the code have been sighted recently on Chromium’s Gerrit source code. The big idea is that a second display will be used to open a second or new tab. There is also a possibility of a ‘Move to other window’ option.