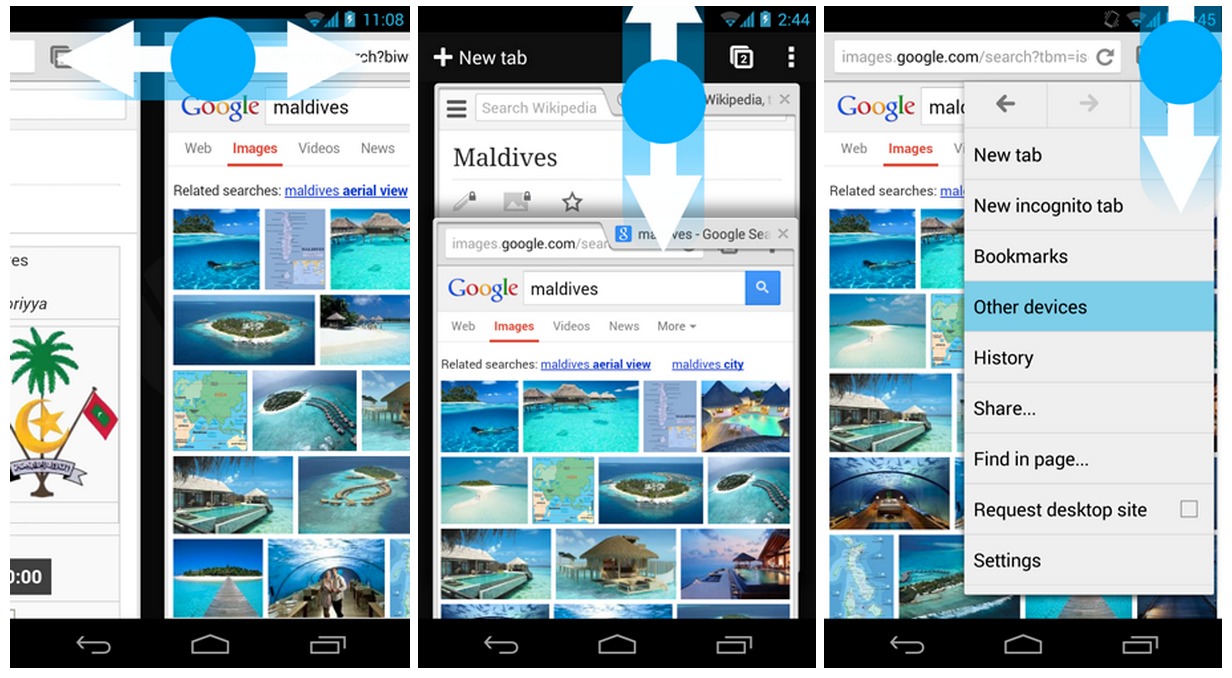 The latest Chrome Beta for Android update has been detailed. This one is arriving as Chrome 30 Beta and should be available by way of the Play Store soon enough. More important are the changes and new additions which this time around include some image related search improvements and some new gestures.

The new gestures can likely be described as the biggest addition with this update. These bring the ability to swipe horizontally across the top toolbar to switch between tabs. And just to clarify, this is replacing the earlier ability to swipe in from the edge of the screen.

In addition, you can also swipe down vertically from the toolbar to enter the tab switching view and drag down from the menu to open the menu. From that point you will be able to select what you want without even having to lift a finger. Aside from the gestures, Chrome 30 Beta also brings the ability to long-press on an image to find more details. This also allows the user to quickly perform a search based on the image.

Diving in a bit deeper and there are also some details coming from the Chromium Blog in regards to the Chrome 30 Beta update. In this case there was talk of WebGL, DeviceMotion Events and Media Source Extension. The first of these three, WebGL is a JavaScript API for rendering interactive graphics and this update means this will now be enabled by default for devices that can support it (such as the Nexus 7 and Nexus 4).

The DeviceMotion Events portion is another API and this one deals with the Device Orienation API which provides information about device acceleration and rotation rates. Google provides the www.isthisanearthquake.com website as an example. Lastly in terms of Chrome Beta for Android is the Media Source portion which is yet another API. This is another that will be enabled by default moving forward (for Jelly Bean and higher) and deals with streaming to mobile devices.