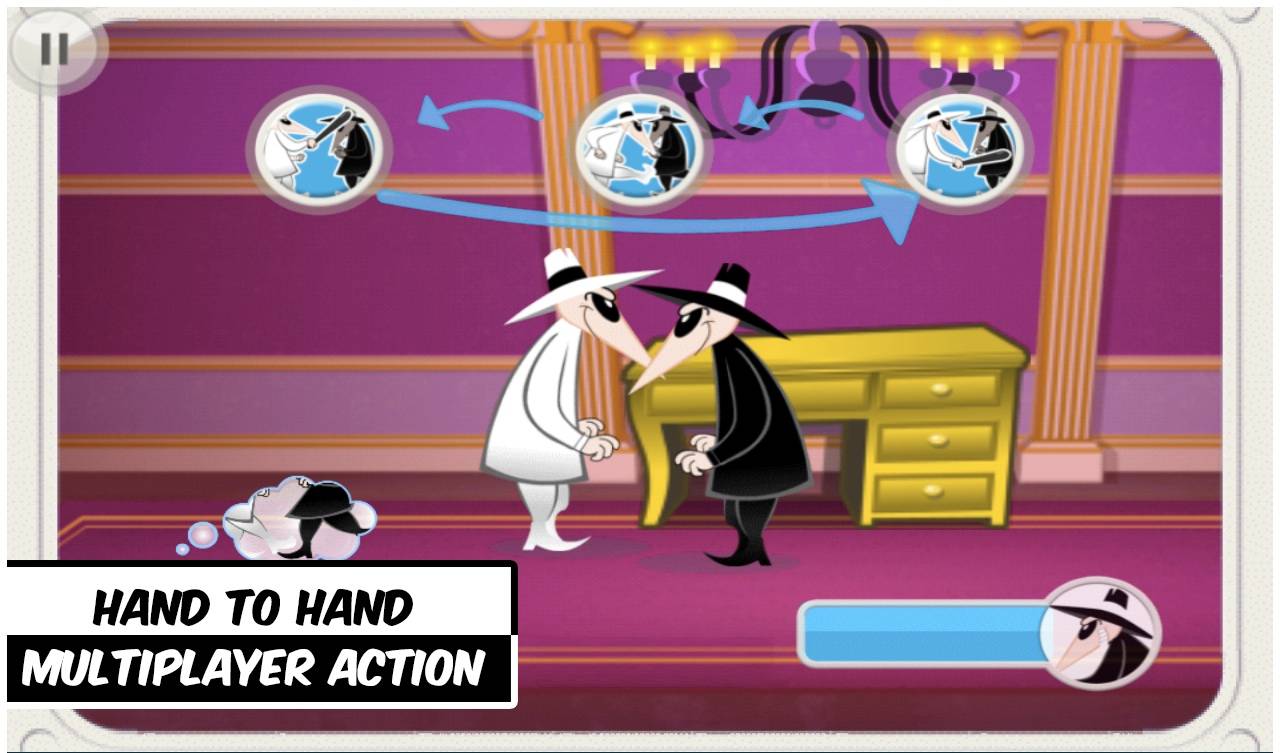 The game is called Spy vs Spy and it is said to be “based on the original, multi-million unit selling, break out hit by First Star Software, Inc.” More to that point, the Chillingo Spy vs Spy game includes a modern mode and a retro mode. Users will be seeing the classic black and white spies (as they appeared in MAD Magazine) and play in a variety of different modes.

The game feature set includes 16 brand new embassies, with the option to grab an additional 24 through in-app purchases. There are options to play alone, or in multiplayer mode over WiFi. Chillingo also mentioned how the game features the original theme music, along with four new remixes.

Bottom line here, Chillingo has released an Android game that should appeal to classic game fans and fans of MAD Magazine. Spy vs Spy is priced at $0.99 (with additional in-app purchases available) and can be found using this Google Play Store link.