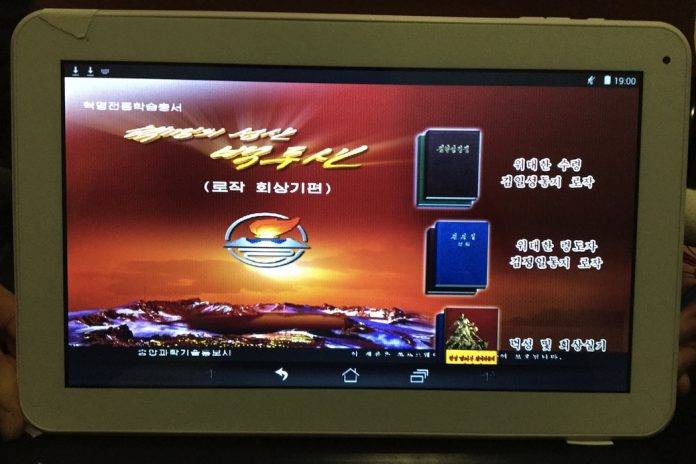 We have limited information about North Korea but honestly, we don’t want to know much because there are things we’re not supposed to know. Between North and South Korea, we have a lot to say about the latter because they are more open to trade and globalization. Of course, there is the fact it is the home country of both Samsung and LG–two of the most trusted tech brands today. We rely on this nation not only for K-Pop but for consumer electronics and gadgets that are revolutionary.

We have something interesting that tells us something about North Korea. This Woolim tablet that was discovered tells us that people there don’t really have access to the outside world. It’s an exclusive Android device that has very limited features. It tracks the users and actually works as a propaganda platform for the Democratic People’s Republic of Korea.

The recent Chaos Communication Congress hacking festival revealed what the tablet is all about– a small Android device that looks more like a tablet than a smartphone. It was manufactured by Hoozo, a Chinese OEM, but with some features removed. The North Korean government is believed to have removed the Bluetooth and WiFi connectivity options. Pre-installed is a custom software we can only think is by the government.

It definitely looks like an ordinary Android tablet but it’s really a revelation because we have a glimpse of what it’s like to live in North Korea. The device is very limited. Sure, you can connect to the Internet and play local TV but there’s a limit. Apps for kids and adults alike are also ready to teach them how to type and learn a new language like Chinese, Russian, or French.

Unfortunately, users cannot just load or download any content. The device itself checks what the users are doing from opening an app or just about anything you are doing on the device.

Woolim seems to be one pricey tablet at probably around 160 to 200 Euros which may be expensive already in North Korea.