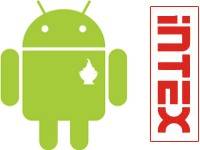 In the US, we tend to like Android devices with lots of features and most of us don’t mind paying hundreds of dollars to get the device we want. In other countries people like smartphones based on Android, but they want cheaper options too.

A company called Intex has an Android phone that is set to land in India packing in Froyo, a 2.8-inch touchscreen, and a 3.2MP camera. The smartphone is set to land the first week of February and will cost about Rs. 5,500 or about $122 in the US.

“We will launch an Android 2.2 phone in the first week of February and it will be priced around Rs. 5,500,” said Sudhir Kumar, asst. general manager of Telecom Division for Intex.