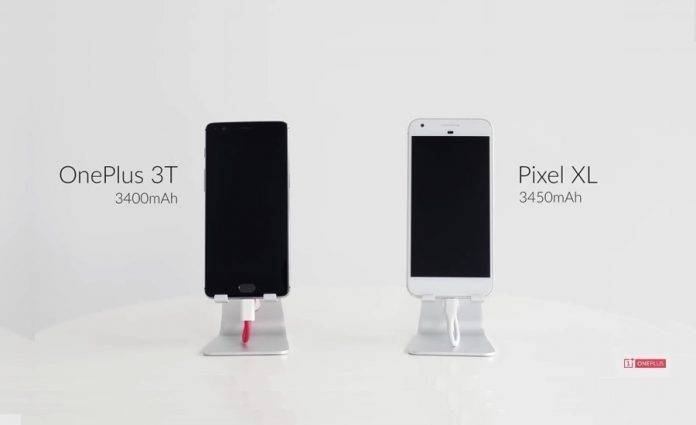 Even before watching it, we knew that the OnePlus 3T would be faster. Of course, the Chinese OEM was the one who posted the video. OnePlus 3T comes equipped with 3400mAh while the Pixel has 3450mAh battery. That’s only a slight difference but watch how fast each can charge the battery.

So the Dash Charge is faster than the Quick Charge 3.0 on the Google phone? Yes, in this case. We’re interested though if the result will be the same. We’re not sure if the processors also have something to do the speed but we’re impressed with the OnePlus 3T’s results.