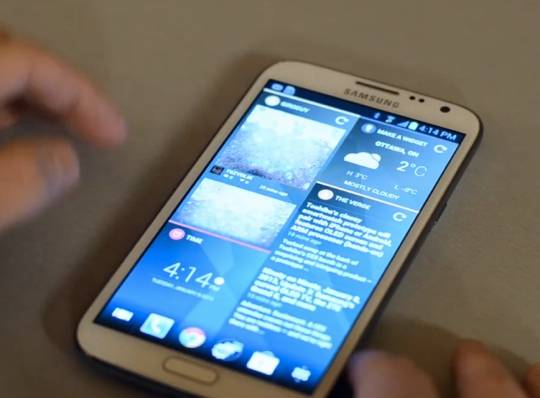 It will run on devices with Android 3.2 or later, but that aside, it is limited to tablets. That whole tablet only business looks like it may soon be changing though. Chameleon Launcher, or more accurately, Teknision is at CES 2013 and they have been showing off some new goodies — including the launcher running on a smartphone.

The new features include folder support, apps on the home screen support and a bit more. Of course, we suspect that many will simply be excited about this launcher coming to smartphones. We do wonder how well it would translate to a smaller display, but at the same time — the Nexus 4 seems to have a fairly standard sized display for Android devices these days and it seemed rather nice in the video.

Finally, the smartphone version of Chameleon is currently available only in a private alpha at the moment, however there was mention of a public beta (for the Kickstarter backers) coming in the “near future.”