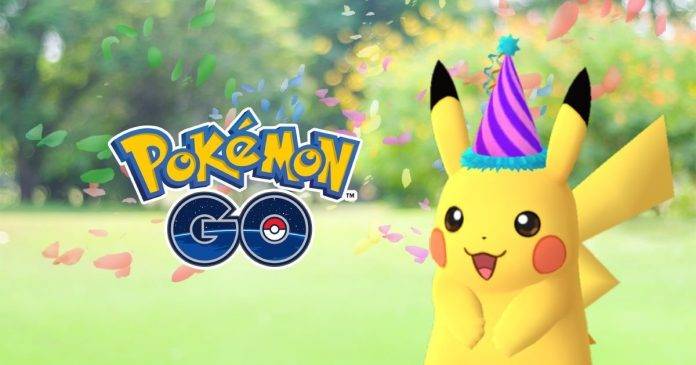 For most people, February 27 is just another normal day. But for people who love Pokemon and play Pokemon GO, this is Pokemon Day – the commemoration of the day the original game launched in 1996. So trainers in Pokemon GO can usually expect a lot of good things in the game for Pokemon Day. This year, Niantic is roping in Snapchat, as well as digital voice assistants Alexa and Google Home to celebrate the day.

First up, you can use some Pokemon stickers on your Snapchat images specifically for Pokemon Day 2018 and moving forward. This will feature the original starter creatures, and for today it will be Bulbasaur. Niantic is unlocking Charmander next and then Squirtle very, very soon.

Lastly, Pokemon GO will feature Party Hat Pikachu again for the day, and when you catch one, you get to keep it forever in your Pokedex – party hat and all. This version of the Pikachu comes 3X “stardust, and it will also have a special “Present” move limited to this version, which is also passed off to its Raichu evolution.