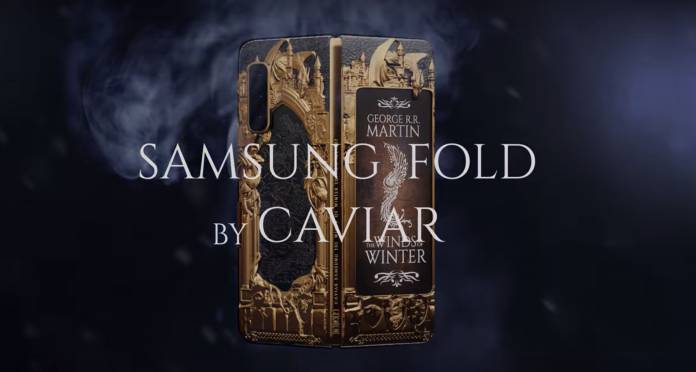 We still don’t know exactly when we’re going to see the Samsung Galaxy Fold in the market after they delayed the original launch. But that hasn’t stopped other brands from announcing their accessories and their customized variants. If you’re still on a Game of Thrones hangover and you live somewhere in Russia, you’ll be excited to know that Caviar will be releasing a special GoT edition of the Galaxy Fold. They may have pulled down the product from their website but the video is still up so we’re assuming it’s still a go.

If you’re not familiar with Caviar, they’re a Russian company that produces limited edition customized golden versions of flagship smartphones. If you’re looking for a minimalist phone, then this is definitely not for you as their designs are pretty ornate and over the top. Based on the video and the pictures initially posted on their site, they’re not holding back with this Game of Thrones edition, with a special emphasis on The Winds of Winter, the upcoming 6th book in the fantasy series. 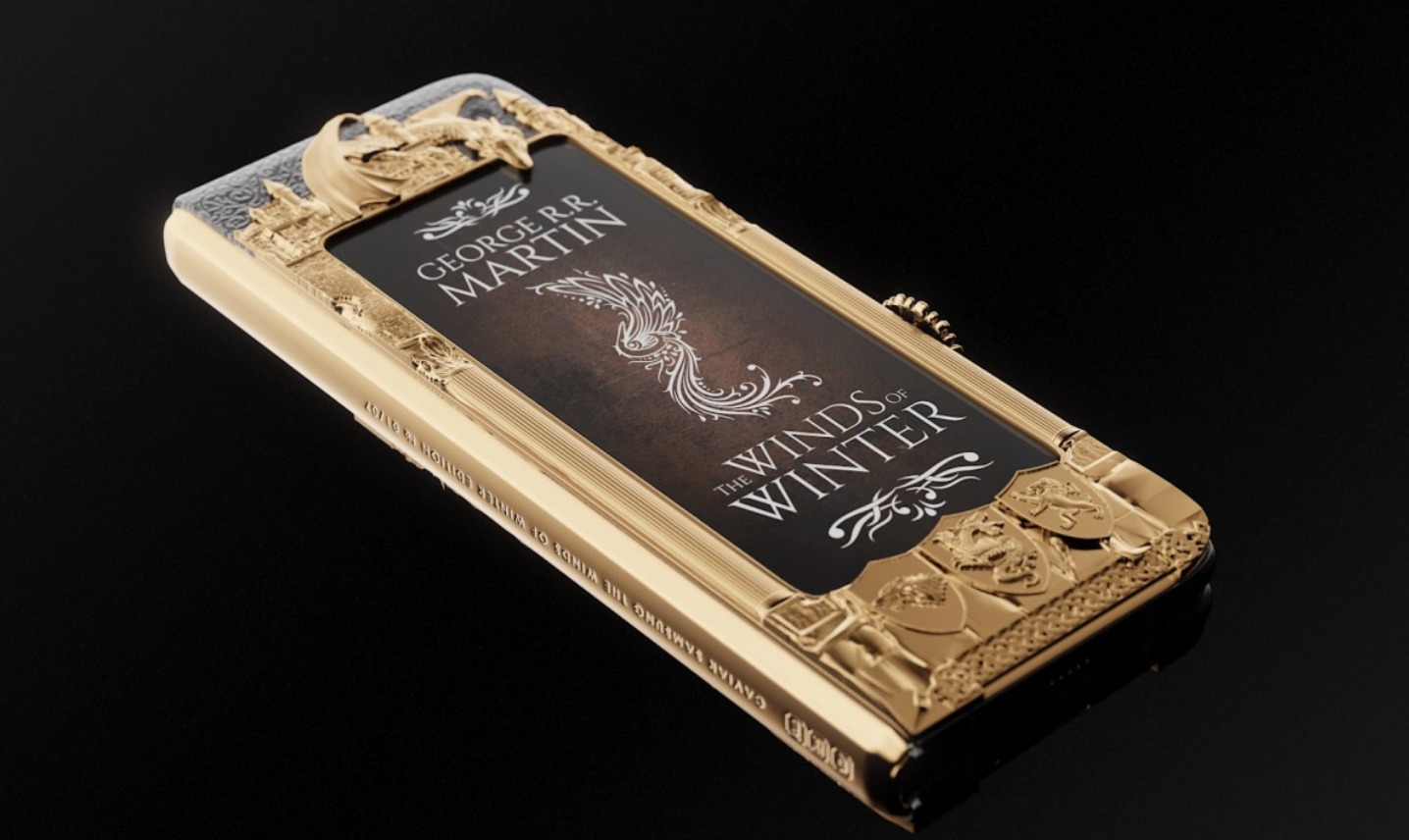 The Galaxy Fold’s outer panels are covered in various gold elements and various design elements are seen based on the show and maybe even the books. You’ll see sigils of the different houses (we see ones for House Targaryen, Stark, and Lannisters) as well as other elements seen from the show’s elaborate opening sequence. They said they will also be releasing seven different designs based on the seven houses of Westeros.

We have no idea why the original post was pulled down from the Caviar site but the video is still up when you go to the Galaxy Fold section of the website. Their press release said that you can already pre-order but the official start of sales will be when Galaxy Fold hits the market. At this point, Samsung hasn’t made any official announcement yet. Well, GoT fans have been waiting for the Winds of Winter for some time now, so they’re used to it.

If you live in Russia or you know anyone in Russia, the Game of Thrones edition will be priced at around $7,700. If you’re not a fan of the fantasy series, there are also other customized variants of the Galaxy Fold available like carbon, leather, and more gold. 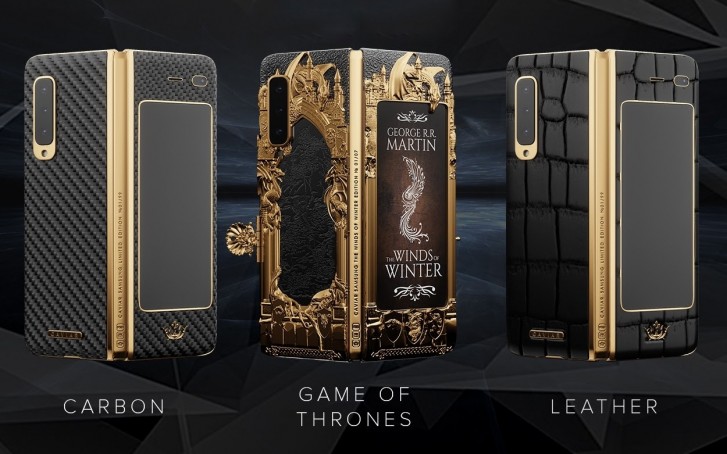