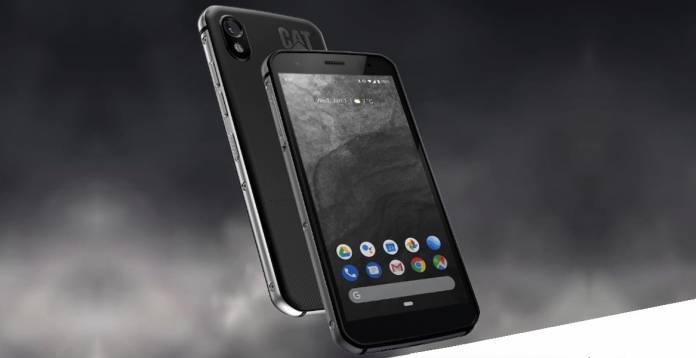 Today may be all about rugged mobile devices. After Samsung has introduced the Galaxy XCover FieldPro rugged phone and the Galaxy Tab Active Pro rugged tablet, here is CAT announcing a new rugged Android phone. The CAT S52 is different from the Samsung rugged devices we just mentioned because Cat’s new phone is more for the mainstream audience. Caterpillar by Bullitt Group has always been known for such durable phones because they can survive water, dust, drops, and just about any extreme elements so this one is no different.

Cat S52 follows the Cat S48c from Verizon that launched earlier in January. As with most rugged phones from the brand, this one features a pocket-friendly design but is military-grade tough. It’s not bulky, unlike older models. Cat describes it as “thinner than a mainstream smartphone” you won’t think it can survive anything.

The mid-range rugged smartphone aims to reach a bigger market. Even those not looking for a new tough device will want the Cat S52 because of its sleek design. The product offers durability and a level of protection that is unmatched.

This one comes equipped with a 5.65-inch screen, 1440 x 720 resolution, 2.3GHz octa-core MediaTek Helio P35 chipset, 64GB onboard memory, 4GB RAM, Gorilla Glass 6, IP68 and MIL-STD 810G ratings, and a 3100mAh battery. The phone features a rubberized backplate for a perfect grip. The specs are contained in an aluminum frame and a case that weighs 210g and is 9.69mm thick. When it comes to the imaging department, there is the 12MP cam near a fingerprint scanner and an 8MP selfie shooter.

The pricing of the Cat S52 phone starts at $556 (€499/£449). It will be out on November 12 in major European retailers and mobile carriers. Catphones.com will also be listing the smartphone but you will have to sign up for stock alerts HERE.