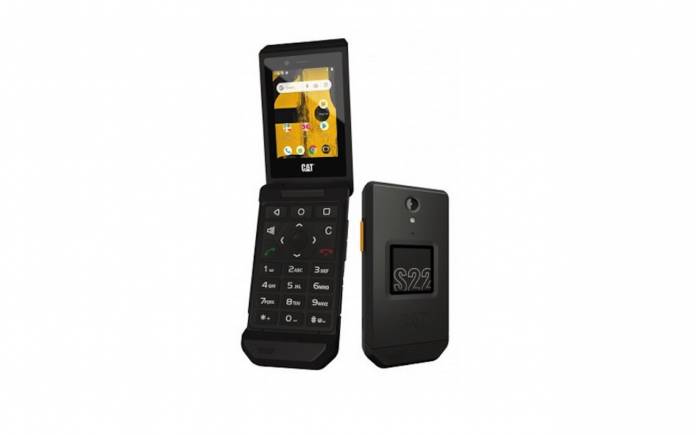 CAT has always been known for its rugged smartphones. The last one we remember was the Cat S62 Pro. This time, we’re seeing something new–the CAT S22 Flip. Okay, so it’s new but the design isn’t. The flip clamshell phone factor has been around for over two decades. It’s making a comeback, thanks to Samsung and Motorola for introducing the Galaxy Z Flip series and the new-gen Moto RAZR. CAT is joining the game with this new model.

CAT promises a very tough smartphone. Never mind the design, those people who look for CAT Android phones are a special market. T-Mobile began offering this device with third-party Android apps, an Android interface, and a small 2.8-inch main screen with VGA display.

The phone also features a Google Play Store so you can access most Android app. It runs on Android 11 Go Edition, 2GB RAM, and Qualcomm Snapdragon 215 processor. The battery is only 2000mAh battery. The phone comes with a 2MP selfie shooter, 5MP rear camera, and a memory card slot storage expansion.

The rugged phone is made possible by its IP68 and MIL-SPEC 810H rating. The phone is drop-proof (up to six feet), water-proof (5ft depth), and is even washable. It has a Non-Incendive Class I Division 2 Group A-D T4 special certification.

The $234 CAT S22 Flip Phone also features a PTT button on the side that can be programmed. It has large buttons and some extra loud speakers. This is a T-Mobile exclusive according to CAT.