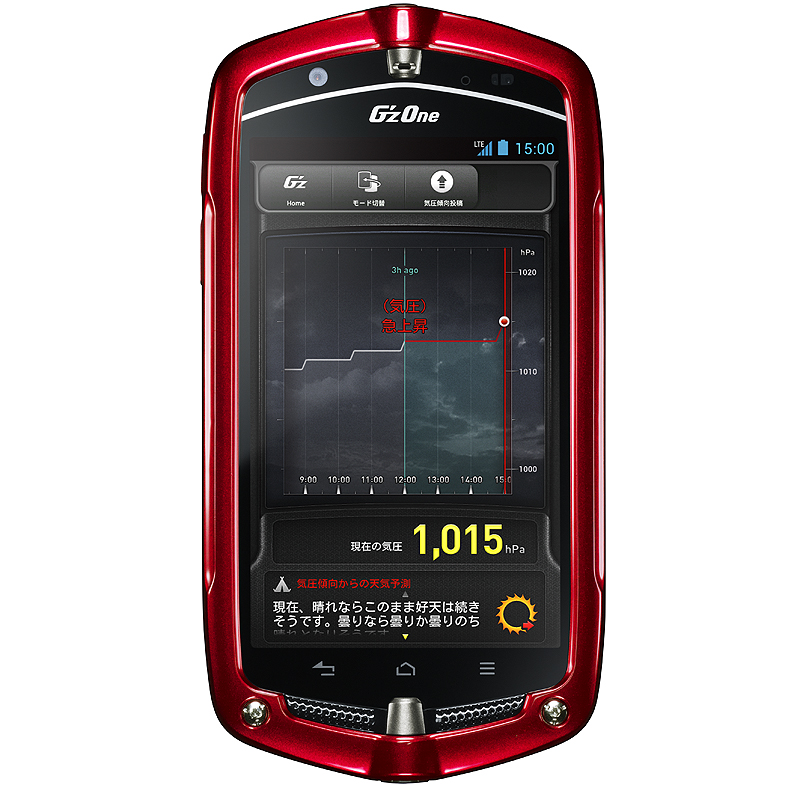 NEC and Casio are teaming up to bring a new Android phone to market that is designed to endure some serious punishment. This phone is being built to handle the rough forces of nature as well as the beatings that cell phone users put their devices through every single day. Think of this as the smartphone version of the popular GShock device.

Besides being rugged, the device also comes equipped with five sensors that will be useful for outdoor enthusiasts. It can detect temperature, acceleration, gyro, atmospheric, and orientation. This means it can provide important data, while at the same time minimize the risk of breaking while traveling through the mountains and other harsh terrain.

The Casio G’zOne TYPE-L comes with a dual core 1.5GHz MSM8960 processor and 1GB of RAM. It runs Android ICS, and Casio is undecided if the device will receive an upgrade to Jelly Bean. It comes with 8GB of memory and supports microSD cards up to 32GB. The display is 4-inches and offers a resolution of 800 × 480.

Overall, this phone packs some pretty solid specs, especially for a device that is touted more for its toughness than it’s power. The device will hit Japan’s KDDi network early next year in red and black. Perhaps we could see this in other parts of the world at some point, but no plans have been announced at this time.