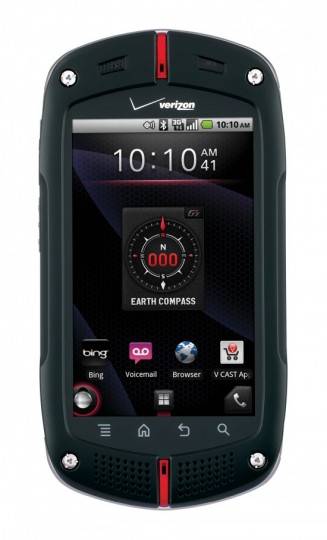 Okay, so Casio isn’t a name we generally mention in the world of smartphones — let alone high-end ones but some new information has been released detailing just that. In case you don’t remember they released the Casio Commando G’zOne rugged smartphone last year that was able to handle all of the elements, but now they appear to be kicking things up a notch.

Some information has leaked courtesy of Droid-Life regarding a recent focus group of Casio showing off new devices and technology, and to gauge the interest from actual buyers. Like most private things the details have now been revealed and Casio seems to be taking Android, quad-cores, and Verizon very seriously this year — if any of the rumored devices ever get released.

The leaked information talks all about multiple devices from clam-shells with dual screens and more but we are just going to focus on the most important one. And that is the top-tier Galaxy Nexus type device. The unnamed phone was described as having a 4.5″ or bigger Super AMOLED display, quad-core CPU (most likely Tegra 3, and Verizon 4G LTE all coming in around 8mm thin. It also was mentioned to be an Android 4.0 Ice Cream Sandwich device. Sounds tasty right? Other specs included an 8 megapixel camera, NFC capabilities, and even a 2,000 mAh battery on board.

The focus group apparently also saw a new Commando G’zOne with a larger screen, possibly 5-inches. It had a similar design and was shock, water, and impact resistant to name a few. We don’t really have any concrete details regarding the information other than this all came from a focus group members memory. Obviously we’ll take all of this with a grain of salt but if Casio wants to release a top-tier device we’ll welcome it with open arms here at Android Community.