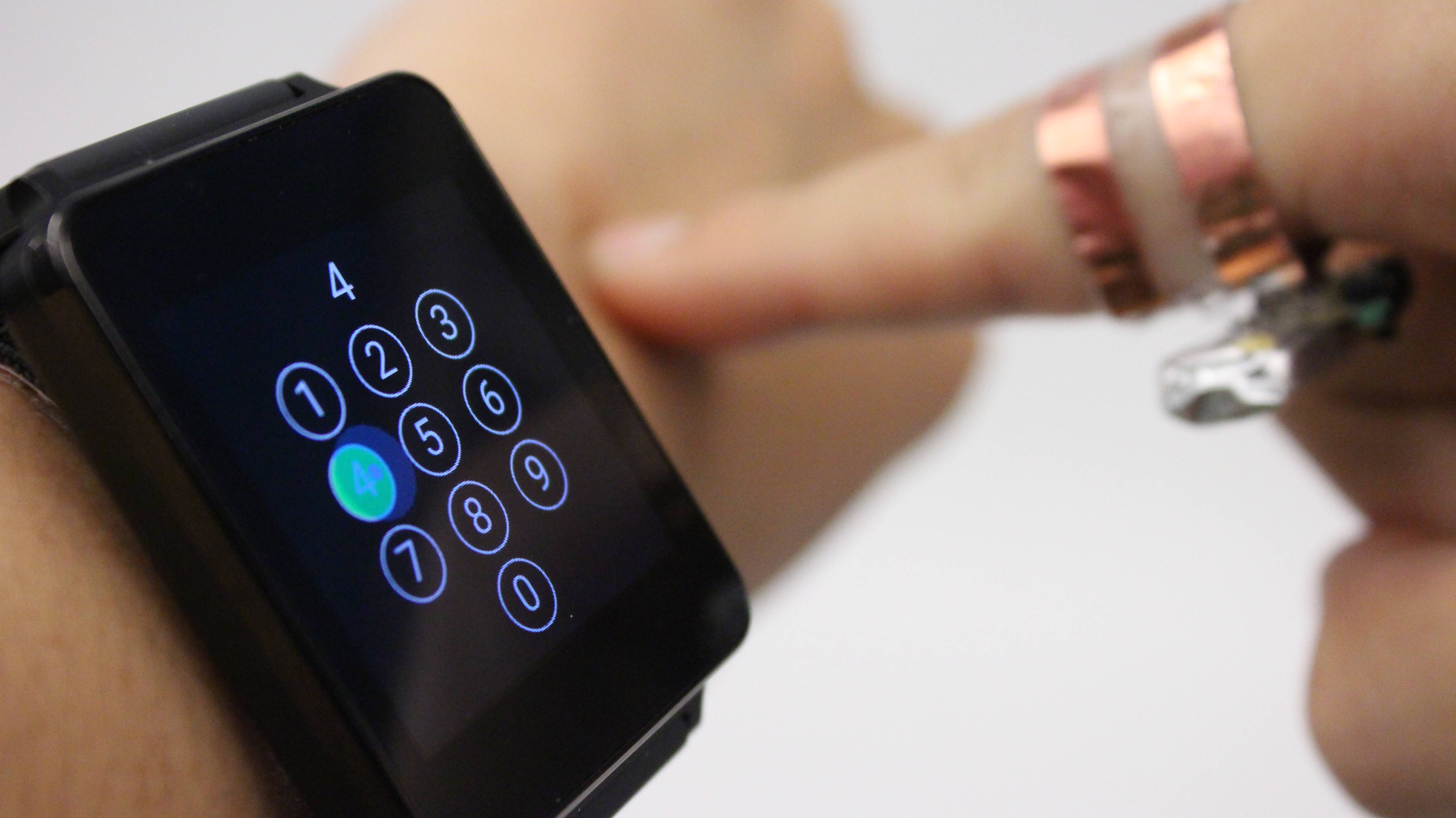 There is only so much space a smartwatch can take up on your wrist, since we don’t want to have a wearable that is almost as huge as a block. So their touchscreen aspect leaves much to be desired, especially for those with huge fingers. A group of researchers from the Carnegie Mellon University has come up with a solution by creating a ring that can turn your finger into a stylus and your skin as a touchscreen.

SkinTrack is a system that uses a ring that can communicate with the sensing band attached to the watch. When the finger that wears the ring starts writing on the skin, it will send a high-frequency electrical signal that will spread throughout your arm and so allowing you to use the skin as a touchscreen of sorts for your smartwatch. Technically, it uses the distance between the ring and the watchband’s four pairs of electrodes to triangulate the position of your finger. 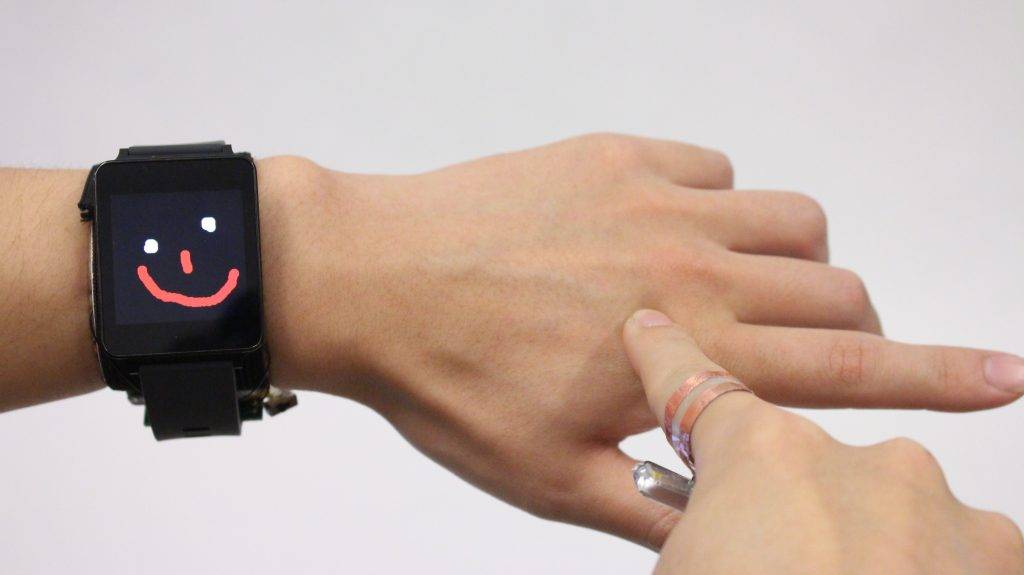 So aside from the usual swiping and tapping, which you can now do on your skin, to move between apps and to enter and exit a program, you will also be able to doodle since the system can sense continuous tracking. It can also recognize hot key commands like N to open the news app or S to put a call on silent and other commands that your smartwatch recognizes.

But of course since this is still part of a research program, there are still some problems with it that the researchers and engineers need to resolve. There are also no concrete plans yet to commercialize this, but given that wearables are still evolving, we won’t be surprised to see something similar to this in the market soon.