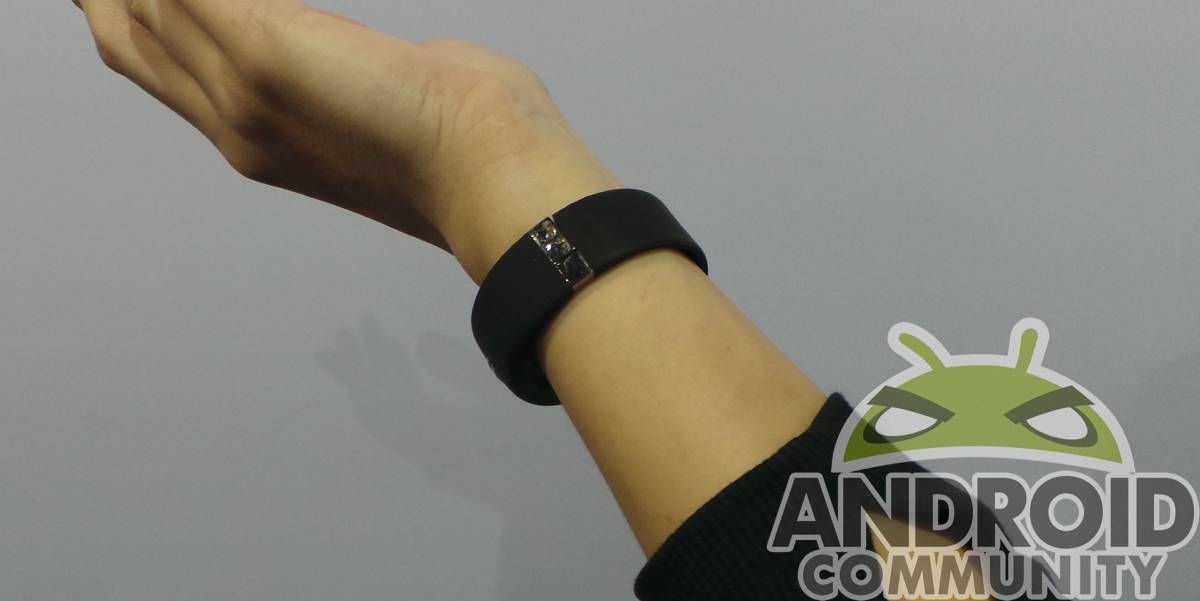 At almost every turn, you hear about wearable technology. Everyone from Nike to upstarts like Pebble is involving themselves in some sort of wearable device, promising a myriad of things. Monitoring heart rate, pushing notifications, even letting you control music. A new study by Canalys shows that shipments of “Smart Wearable Bands” grew dramatically last year, and should increase just as dramatically in 2014.

Broken into two categories, the study showed that wearable shipments in the second half of 2013 surged to 1.6 million devices. Though a small number right now, it does represent the start of what many expect to be an exploding sector. canals alone expects 8 million shipments in 2014, and up to 45 million by 2017.

In terms of “basic” wearable bands, Fitbit commands the space with a 58% share. Jawbone shows up second with 21%, and Nike drops in at third, with 14% for their Fuelband. There remaining 8% were made up of “others”, a category that should see a lot of movement in the coming year. Though we expected quite a few wearables at CES this year, we were blown away by the sheer volume of those on display from companies we’d not heard of until then. 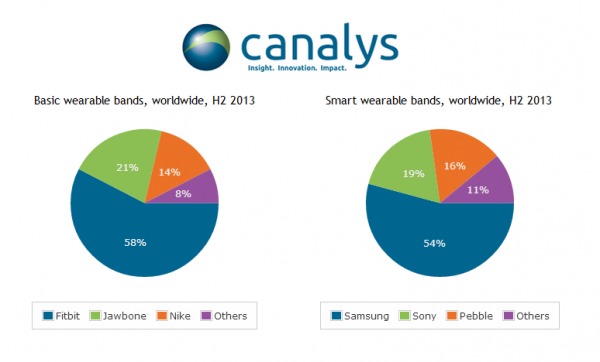 When it comes to “smart” wearable bands, there is a surprising show of force. Though lamented as limited, the Galaxy Gear dominates with 54% of the market in this category. Sony and their Smartwatch hold steady at 19%, while Pebble — perhaps the darling of the wearable community — has 16%. The remaining 11%? You guessed it, the “others”. This could change, as Chris Jones, VP and Principal Analyst for Canalys claims “Basic band vendors have greater wearable expertise and have shipped greater numbers to date, but smart bands are already growing faster. Increasingly, smart bands will adopt basic band features as the two categories converge”.

As the market booms, and wearable band find a place outside of monitoring simple things like heart rate and distance walked, the devices become more attractive to a variety of users. Currently, the “basic” wearables serve fitness enthusiasts, while “smart” wearables attract the more tech-centric crowd. With MWC around the corner, and several more wearable devices are expected to be announced, we’ll look for these numbers to become more diverse.