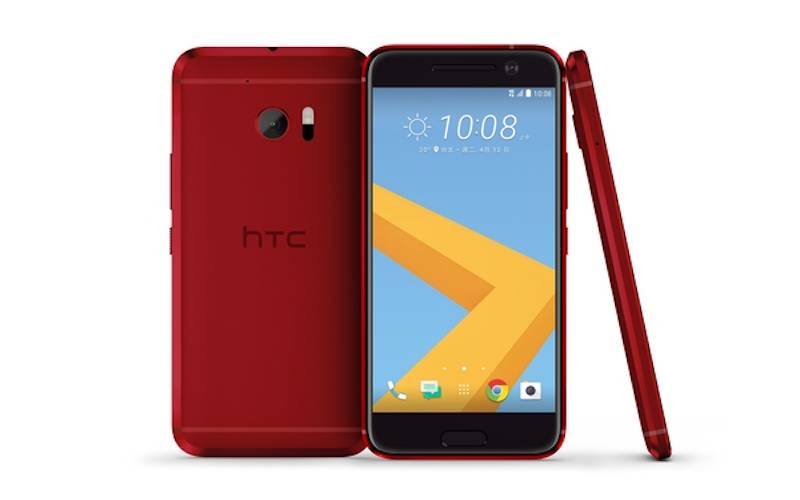 When HTC announced that their new flagship, the HTC 10 would be getting a very special Camellia Red variant, the hearts of consumers whose favorite color is red probably skipped a beat. However, it was soon followed by disappointment when they announced that the color would only be available in Japan. But now, the Taiwanese OEM has said it would no longer be exclusive to the land of the rising sun but will also now be available in its native Taiwan. Of course.

When you go to HTC’s Taiwan online store now, you’ll see a listing for the striking Camellia Red variant, alongside the standard (boring) colors of Carbon Grey, Glacial Silver, and Topaz Gold. Local carriers will also soon be selling this version, but they did not indicate when exactly this will happen. There is also no information on whether it will then be available in other markets later on, including the US.

Aside from the color, there is no different between this variant and the original one that launched a few months ago. It will still have a 5.2-inch super LCD5 touchscreen with Corning Gorilla Glass 4 protection. It will run on Snapdragon 820 processor, but the HTC 10 Lifestyle version (the more affordable variant) will have a Snapdragon 652 chipset. It will have 4GB RAM and you can choose from a 32GB or 64GB one (and both can still be expanded through a 256GB microSD.

The 32GB variant will cost you around $710 while the 64GB is of course more expensive at around $775. The US price of the HTC 10 is around $699, so we’ll see if indeed the Camellia Red will be released in the US, if it will carry the same price tag.