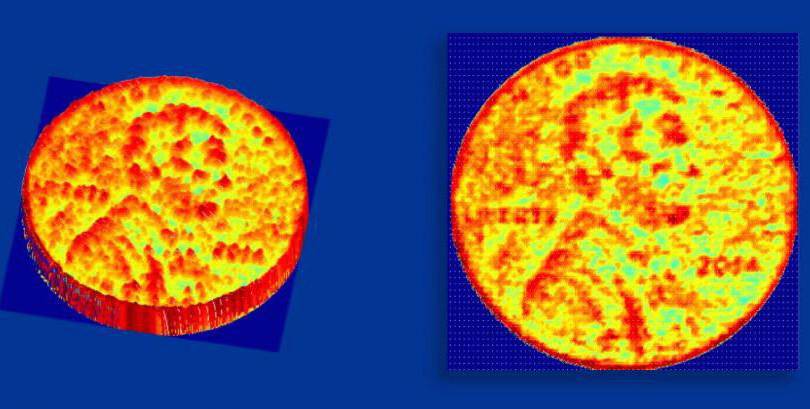 Doing things in 3D (three dimensions) is still a “thing” these days, decades after it officially became a trend. These days, 3D printing and viewing 3D images and videos are still luxury devices and features in devices, and so technology adds one more. Scanning objects in 3D usually requires multiple cameras to record multiple planes and aspects to an object. This new Caltech invention may just have the potential to make life easier for us – a single 3D scanning camera chip.

The team of researchers at Caltech that developed this camera module are calling it a silicon chip nanophotonic coherent imager (NCI). They claim that the 3D scanning is ultra-precise, capable of being “accurate to within microns of the original object”. But the big things about the chip is that firstly, it is cheap – which will please manufacturers a whole lot – and secondly, it is small. The NCI measures less than a millimeter square, which means you could fit it into modern day smartphones and devices if you tried.

The NCI relies on a technology that is just only beginning to be used in weather forecasting and disaster prevention – which is LIDAR, or “laser illuminated detection and ranging”. It basically covers an object with laser beams, capturing height, width, and depth. Overall size of the object is similarly caught by analyzing the light that reflects off the scanned object. Pretty neat, huh?

In the video above, the scanned object is a penny. The video shows the current capability of Caltech’s prototype. This is a pretty small subject, but the team hopes to up the capability to scan larger items soon. If executed correctly on a device, we could see a host of new apps and software taking advantage of 3D scanning on a personal level.