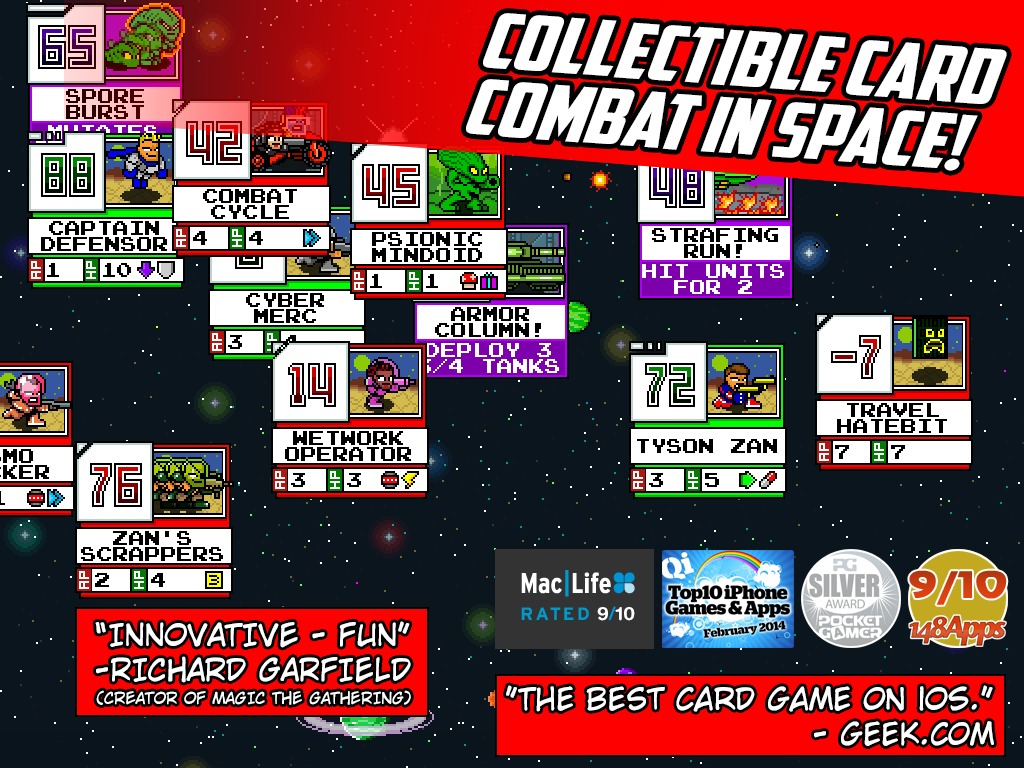 Calculords, the new game by Ninja Crime, has been around for iOS but it was only last August that it was released for Android.

Ninja Crime, developers of the game, describes Calculords as the “deepest, sweetest, sci-fi tower defense collectible card game featuring number puzzles and RPG elements ever designed and drawn by a comedy writer”.  It is now highly anticipated as Android gamers have been clamouring for it to come to the platform since the 5-star rated paid game became popular among iOS gamers.

Calculords is more of a card game that would make the math geeks out there excited. And for those who don’t like math, maybe you could learn a thing or two from this game.

This Calculords is considered a digital collectible card game similar to Scrolls and Hearthstone for iOS. It’s expected to be a fun game since it was conceptualized and developed by the legandary Sean Reiley –a video game critic and an internet comedy writer. Sean Reiley aka Seanbaby makes fun of mobile card games and brings to the table fun into a math numbers game.

Calculords is a 1-player puzzle-driven collectible card game (CCG) that lets the gamer deploy different characters from aliens to soldiers, from starships to tanks with different deadly tactics. Game setting is in outer space.

You can collect more than 200 unique cards or design your own deck if you wish—even up to three decks.

Aim of the game is to make a 20 by adding, subtracting, or multiplying numbers. Clearing all numbers makes you a Calculord. Main object of the game is to get your numbers across the battlefield and kill the opponent. On your way to the enemy’s side, you can blast whatever it is getting in the way.