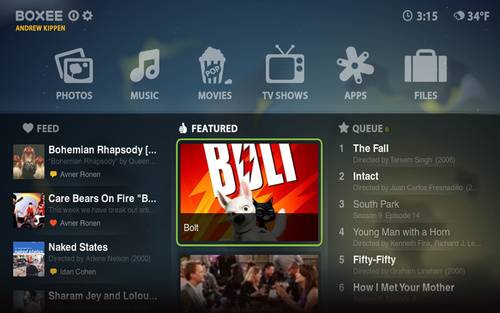 We obviously followed the [GoogleTV] announcement and the demo. We think that it would be great to see an open OS such as Android gain market share in the living room. It would enable users to download Boxee on their TV (we will be building an Android-based App) and start using it without the hassle of connecting their computer to the TV.

We have somewhat of a different view of browsing the web on TV. While it was a big part of the Google Demo we believe browsing the web as-is makes more sense on laptops and mobile devices (due to their personal nature, the screen size and the input device) than it does on TV. We look forward to playing with the TV and working with them to bringing Boxee to Android devices.

The Candler Blog received and email confirming that Boxee will have an Android app in development soon. Google has already announced a partnership with Dish, Sony, Adobe, Logitech, Intel and Best Buy. Boxee looks to give them a little competition when Google TY arrives. Boxee currently works with Apple TV and your PC, this will be their first venture into the home theater market.