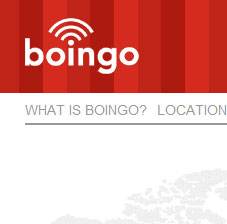 3G connectivity for smartphones is great; the reality of a connection that promises mobile broadband speeds is that often the connection speed isn’t nearly as fast as the user desires. Thankfully, most high-end phones offer Wi-Fi connectivity as well if the 3G connection is too slow.

Boingo Wireless operates the world’s largest collection of Wi-Fi hotspots. The company announced today that it is now offering its hotspot finder and connection manager for Android-based smartphones. The application is available for all handsets running Android.

Supported handsets include the T-Mobile G1, HTC Magic, and the HTC Dream. The app will automatically notify users when a Boingo hotspot is available without needing to open the application. When near a hotspot the Boingo application will appear in the notification bar and vibrate or play a sound.